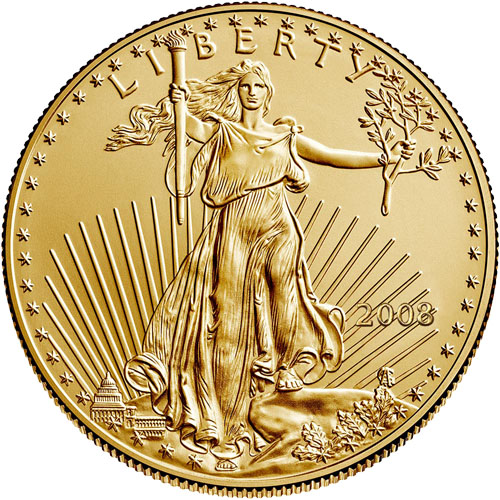 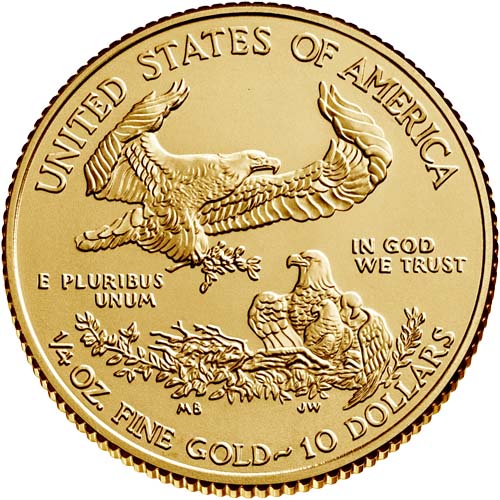 The obverse of the 2008 American Gold Eagle coin features the Augustus Saint-Gaudens version of Lady Liberty. The full-length figure of Lady Liberty appears to be walking straight at you. She is carrying a torch in her extended right hand, her left hand is holding an olive branch, and her hair is flowing in the breeze behind her.

The reverse of the 2008 American Gold Eagle coin features the design created by Miley Busiek and sculpted by Sherl J. Winter that symbolizes the importance of family in America. A male eagle, carrying an olive branch, is flying towards a nest with a female eagle and a couple of eaglets. It includes several inscriptions as well.

Do you have questions? JM Bullion Customer Service has your answers. We can be reached via phone at 800-276-6508, online via our live chat, or via our email address.