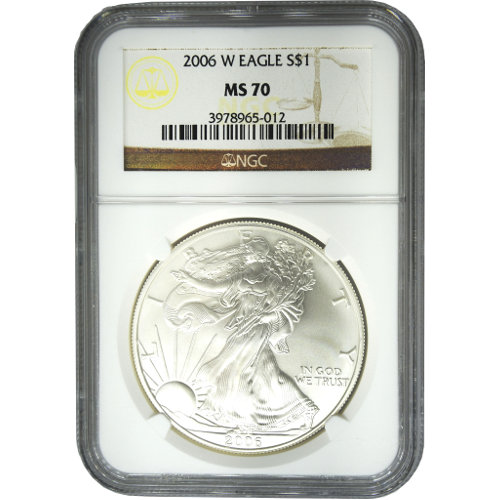 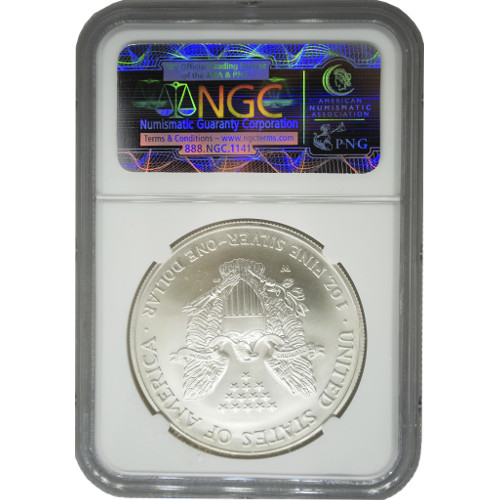 On the 20th anniversary of the American Silver Eagle coin program, a brand-new coin was introduced into the series with the explicit goal of providing investors and collectors with a beautifully finished coin that would be perfect for display and exhibition. The 2006 Burnished American Silver Eagle is now available from JM Bullion with a perfect MS70 grade from the Numismatic Guaranty Corporation.

An MS70, or Mint State 70, grade from the NGC identifies a coin as perfectly struck, with no visible contact marks, blemishes, flaws, or hairlines. These coins are individually packaged inside sealed plastic with an NGC label that includes the coins name and individual serial number. The coins featured in this listing come from the very first release of Burnished American Silver Eagles.

On the obverse side of the American Silver Eagle is the image of Walking Liberty. Debuting on the Walking Liberty Half Dollar in 1916, Lady Liberty is featured walking toward the setting sun. Her depiction indicates Americas constant march toward a brighter future. The reverse side features John Mercantis heraldic eagle. Created specifically for this coin program, the heraldic eagle is set behind a shield and clutches arrows in one talon and an olive branch in the other.

The United States Mint strikes American Silver Eagles at three of its four primary facilities, but as mentioned, the coins in this listing come from the West Point Mint. Every American Silver Eagle is struck using .999 fine silver sourced from within the US, and carries a face value of $1.

If you have any questions about burnished coins or the American Silver Eagle, dont hesitate to contact a JM Bullion associate. Our team members are available at 800-276-6508, online through our web chat, and via email.