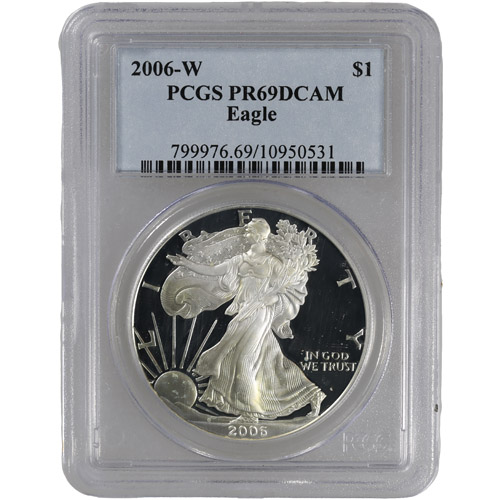 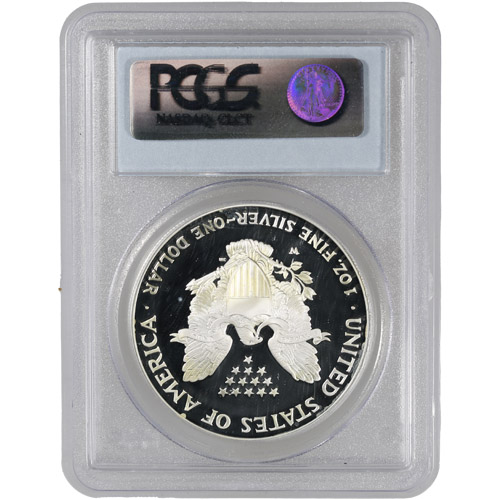 When it comes to purchasing proof coins, date marks can be just as important as the design. In a series such as the American Silver Eagle that has no design changes each year, date marks play a big role in the collector’s niche as a differentiating feature for the annual releases. In the case of the Proof Silver Eagle, the 2006 date mark proved to be the second most popular behind only the debut 1986 date mark. Right now, near-perfect 2006-W 1 oz Proof American Silver Eagle Coins are available to purchase online from JM Bullion.

Each of the 2006-W 1 oz Proof American Silver Eagles available here comes with a certification from the PCGS. Graded PR69, these coins are near-perfect specimens that exhibit full, original mint luster and a maximum of two minor detracting flaws. Examples of flaws that are acceptable at this grade include minuscule contact marks or hairlines. These flaws must be located outside of the primary focal points for the coin to earn the PR69 grade. In addition, each coin has a DCAM designation. This stands for deep-cameo and refers to the exceptional visual brilliance of the strike. Each coin has strong, frosted designs over deeply-mirrored, clear fields.

The obverse of 2006 Proof American Silver Eagle Coins features the Walking Liberty design. Created by Adolph A. Weinman, it was originally used on the US half dollar from 1916 to 1947 and features Liberty with the American flag as she walks toward the sun on the horizon.

On the reverse face of 2006-W 1 oz Proof Silver Eagle Coins is a depiction of the heraldic eagle of the United States. Modernized for this series in 1986, the heraldic eagle features a bald eagle in front-facing relief supporting the US national shield.