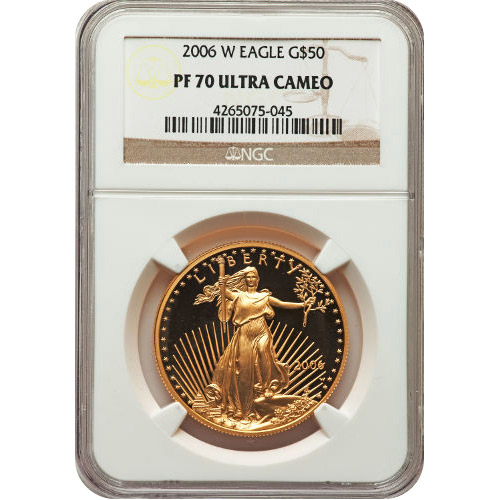 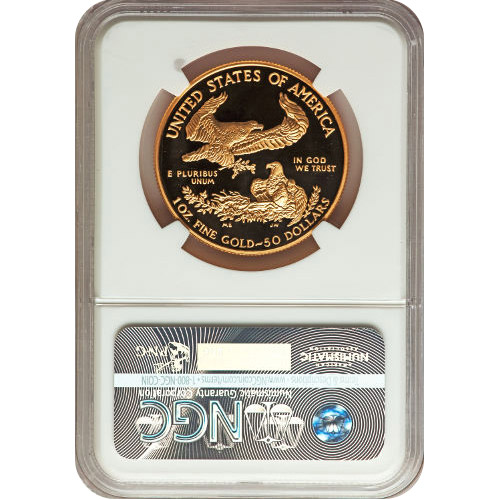 The 2006 issue year for the American Eagle Collection from the United States Mint was a busy one. The mint offered a new version of the American Eagles known as the burnished coin, and also offered two different collectible sets to mark the 20th anniversary of the coin program. The 2006 1 oz Proof American Gold Eagle Coin is currently available to you for purchase online from JM Bullion with a perfect certification.

The 20th Anniversary Set from the US Mint included a Gold Eagle and Silver Eagle in the new burnished version of the coins. Both of these commemorative sets sold out almost immediately. The 1 oz gold coin had a mintage of 47,092 in 2006, up nearly 12,000 coins from the previous year. However, much of the increase was due to the 1 oz coins inclusion in commemorative sets for the year.

On the obverse of 2006 1 oz Proof American Gold Eagle Coins is the image of Liberty. Her figure is depicted here in front-facing relief as she walks forward toward the viewer with her torch high above her head in her right hand, while her left hand clutches an olive branch.

The reverse of 2006 Proof Gold Eagles includes the design of American bald eagles from Miley Busiek. Found exclusively on the American Gold Eagle, this image depicts a family of eagles that includes a male, female, and hatchling.

These 2006 1 oz Proof American Gold Eagles earned PF70 certifications from the NGC. Coins in this condition have full, original mint luster and no detracting flaws. UCAM specimens are defined as proof coins with strong, frosted designs and deeply-mirrored, clear backgrounds.