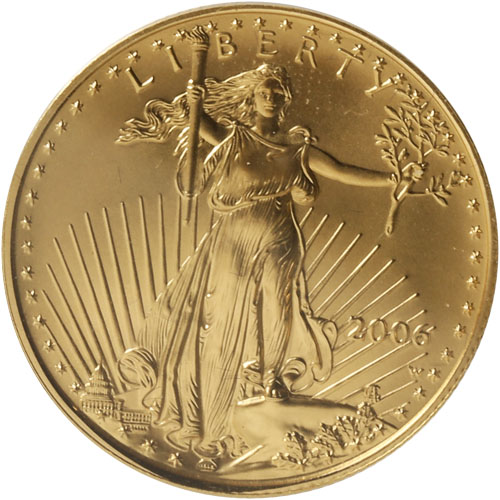 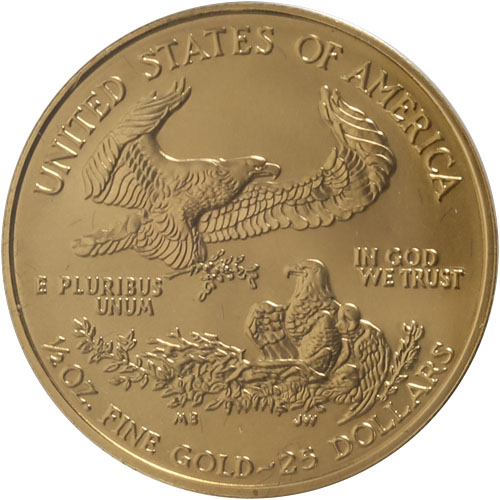 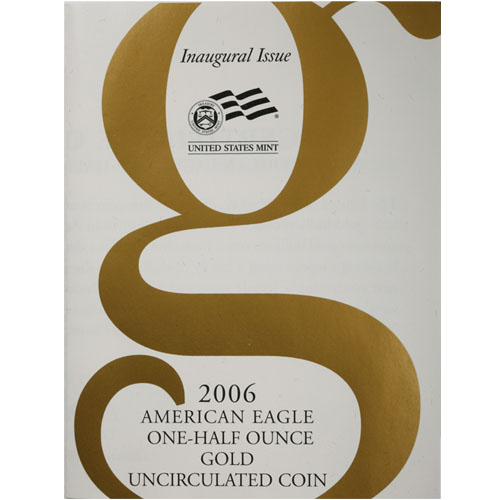 The 2006 release year of the American Eagle coins from the United States Mint included the introduction of the new Burnished American Eagle in both silver and gold. The gold coin featured, at first, the same three fractional-ounce options available in the bullion and proof series.

Lady Liberty is featured on the obverse of all 2006-W 1/2 oz Burnished American Gold Eagle coins. Designed by Augustus Saint-Gaudens in 1907, this iconic image was featured on the $20 Gold Double Eagle from 1907 to 1933. It depicts Liberty in front-facing relief with a torch in her right hand and an olive branch in her left hand.

A family of American bald eagles is visible on the reverse of 2006-W 1/2 oz Burnished Gold Eagles. This image was created in 1986 by Miley Busiek and is exclusive to this series. It depicts a male eagle flying over the family nest as a female eagle watches over a hatchling within the nest.

These 2006-W 1/2 oz Burnished American Gold Eagles are available with the original US Mint presentation box and an included Certificate of Authenticity. Burnished Gold Eagles are produced with care by the US Mint. Each coin starts as a gold blank that is polished in a drum with a burnishing medium. Blanks are removed individually for coining and removed immediately from the coining press after striking. Gloved hands are used at all times.

JM Bullion customer service is available to answer your questions at 800-276-6508. You can also chat with us live online or email us directly.