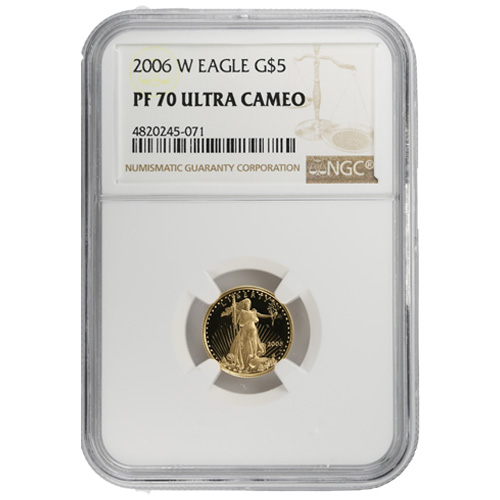 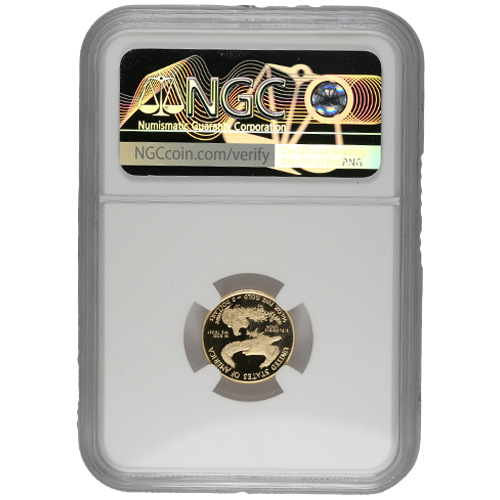 The 2006 issue of American Eagle Coins offered collectors looking at gold for sale with plenty of options. The United States Mint marked the 20th anniversary of the American Eagles with the introduction of new Burnished American Eagles and two commemorative sets for the anniversary date. The 2006 1/10 oz Proof American Gold Eagle Coin is currently available to you for online purchase at JM Bullion with a perfect certification.

The demand for 1/10 oz Proof Gold Eagles this year was down from 49,265 to 47,277. Another reason for this drop was the introduction of two commemorative sets marking the 20th anniversary. The 3-Coin American Gold Eagle Set had a 1 oz proof, 1 oz reverse proof, and 1 oz burnished coin with a mintage of 10,000 sets which sold out quickly. There was also a 20th Anniversary Set with a 1 oz Burnished Gold Eagle and Silver Eagle with a mintage of 20,000 that sold out in months.

On the obverse of 2006 Proof American Gold Eagle Coins is the image of Lady Liberty. Designed in 1907, this image was created as a revitalization of American coin design. President Theodore Roosevelt commissioned Augustus Saint-Gaudens to come up with a new Liberty design in 1905 and he completed the design for the $20 Gold Double Eagle.

The reverse side of the 2006 1/10 oz Proof American Gold Eagle features the design of American bald eagles. The nations official symbol appears here with a male in flight over the nest while a female guards over the nest.