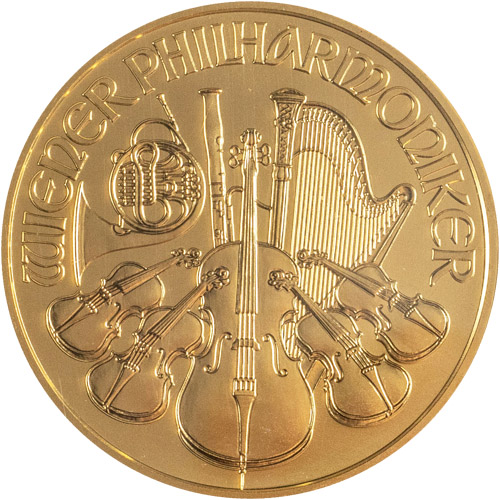 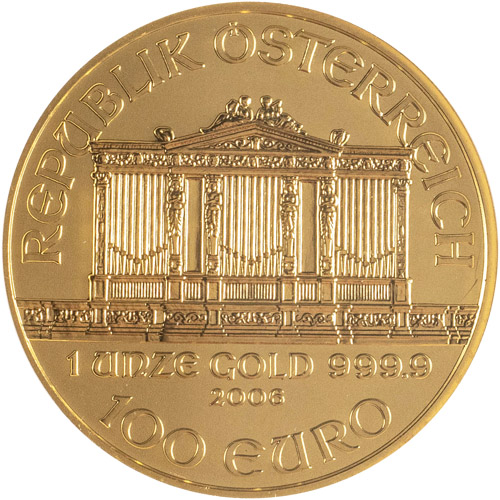 All of these 2006 1 oz Austrian Gold Philharmonic Coins are available to you in plastic flips. The mintage of 82,174 coins in 2006 is the second lowest in the history of the series. It comes in behind only the 2001 coin and its mintage of just 54,700 coins.

On the obverse side of the 2006 Austrian Gold Philharmonic Coin is a view of the Great Pipe Organ inside of the Musikverein. The home venue for the orchestra in the city of Vienna, the Musikverein is also known as the Golden Concert Hall.

The reverse of the 2006 1 oz Gold Philharmonic includes a cornucopia of musical instruments used by members of the Vienna Philharmonic Orchestra. Included in this design are a Vienna horn, bassoon, harp, four violins, and a cello, which serves as the central focal point of the design.

Please feel free to reach out to JM Bullion if you have any questions when buying gold. Our team can assist you at 800-276-6508, online using our live chat, and via our email address.