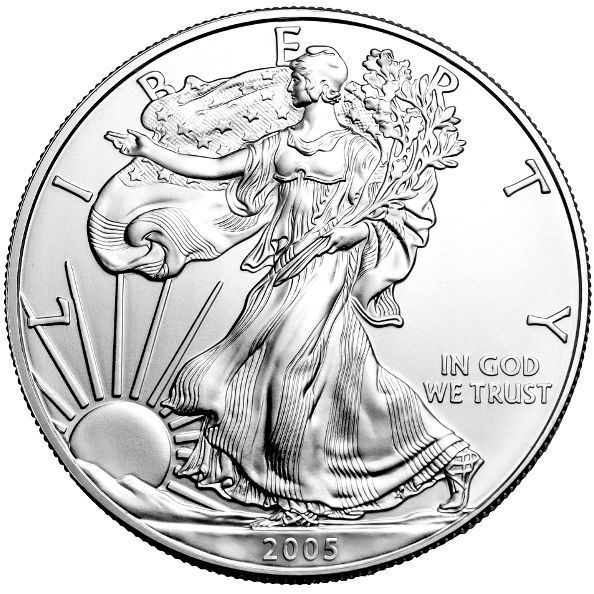 As low as $16.89 per oz over spot!
Add to WishlistLog In to add this product to your Wishlist
Free Shipping on $199+ Orders

2005 American Silver Eagle were struck amidst a time of strong performance in the precious metals market and stability in the popularity of the nation’s official coin. The price of silver was steadily increase in the early 2000s, leading to relatively level production of the American Silver Eagle coin.

On the obverse you’ll notice Adolph A. Weinman’s iconic Walking Liberty depiction, originally featured on the Walking Liberty Half Dollar from 1916 to 1947. The reverse has a modernized version of the heraldic eagle of the United States. First used as early as 1793 by the US Mint, this heraldic eagle is a modern version from then-US Mint Chief Engraver John Mercanti.

Feel free to contact a JM Bullion associate with your questions regarding the 2005 American Silver Eagle coin, current silver prices or any of our other product offerings. You can reach us at 800-276-6508, online using our live chat, or via our email address.