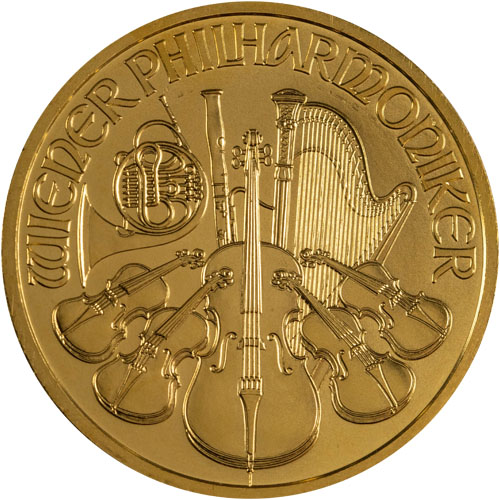 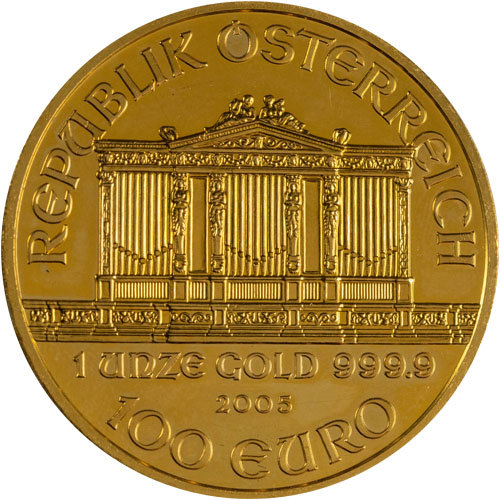 If you are looking to add a new gold coin to your portfolio, the Austrian Philharmonic could be an excellent choice. Issued every year by the Austrian Mint since 1989, the Philharmonic is considered one of the world’s top-selling coins. This should come as no surprise considering that it consists of .9999 pure gold and features one of the most memorable coin designs in the modern era. Now, 2005 1 oz Austrian Gold Philharmonic Coins are available to you for purchase online from JM Bullion.

When you purchase 2005 1 oz Austrian Philharmonic Coins, you will receive a .9999 gold specimen produced by the Austrian Mint. These coins are dated to 2005, which marked the 17th year of release for the Philharmonic. Due to their age, they are not considered to be in Brilliant Uncirculated condition. This coin will arrive in protective packaging in the form of a plastic flip.

On the obverse side of 2005 1 oz Austrian Gold Philharmonic Coins there is a depiction of a pipe organ. This magnificent instrument is a rendition of the actual organ found in at Weiner Musikverein, which is home to the Vienna Philharmonic orchestra. Across the coin’s rim, you will see inscriptions reading Republik Osterreich, 1 Unze Gold 999.9, 2005, 100 Euro.

We encourage JM Bullion customers to call us with questions at 800-276-6508 when you buy gold. We’re also available online through our live chat and email address features.