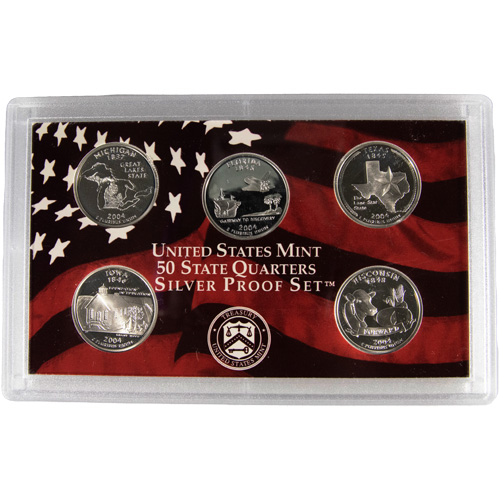 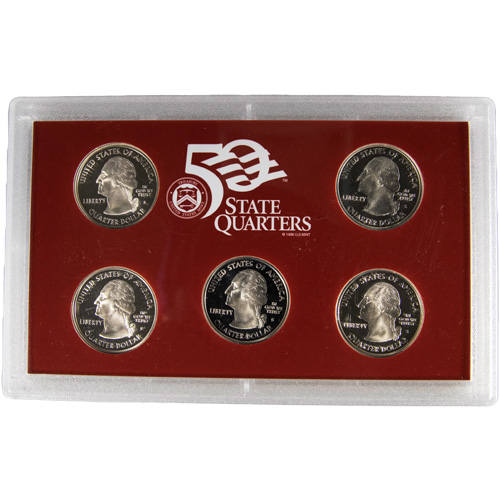 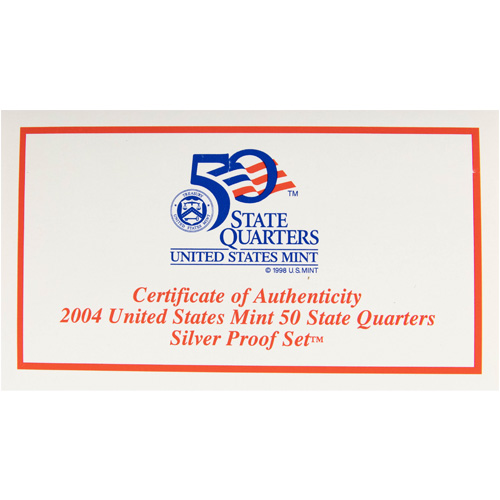 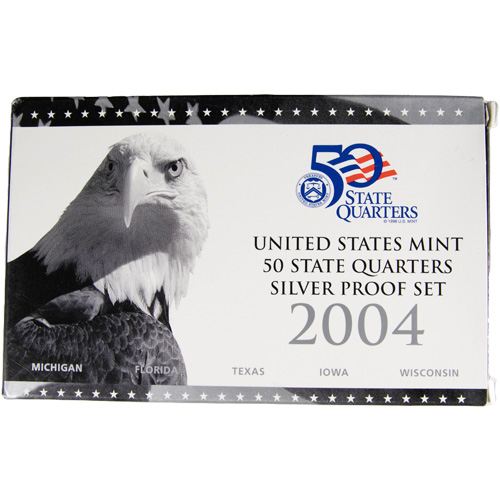 In 1997, United States Public Law 105-124 authorized the production of a series of 50 quarters commemorating each state in the Union. The result was the most popular coin program in the Mints history. Between 1999 and 2008, the US Mint issued 5 quarters per year, each honoring one of the United States in the order in which they joined the Union. Right now, 2004 US Mint Silver Proof Quarters Sets are available to purchase online from JM Bullion.

The US State Quarter program consisted of 50 coins in total, one for each state. Each year saw the release of five new designs, issued in the order that the states joined the Union. The coins all shared a common obverse design featuring the George Washington bust. Meanwhile, the reverse of each release contained imagery unique to the state being represented. The series ran from 1999 to 2008 and is considered the most popular program in the US Mints history.

When you purchase 2004 US Mint Silver Quarters Sets, you will receive all five state quarters released in 2004. Each one includes a dazzling proof finish that lends the field a mirrored quality and the devices a frosted appearance. Each set will arrive in a themed plastic holder that includes an outer box and a Certificate of Authenticity from the mint.

The obverse of each coin in the 2004 Silver Proof Quarters Set features a portrait of George Washington. The President is depicted from the neck up in left-profile relief. Inscriptions on the obverse read United States of America, Liberty, In God We Trust, Quarter Dollar. Also included is the San Francisco mintmark.

On the reverse of each coin in US Mint Proof Quarters Sets are designs for each quarter released in 2004. The states for that year were Michigan, Florida, Texas, Iowa, and Wisconsin. Each quarter features a relevant design for its state, the year they joined the Union plus the year of issue, and the words E Pluribus Unum.

If you have any questions, please feel free to contact JM Bullion. Our customer service team is available to you at 800-276-6508, online using our live chat service, and via our email address.