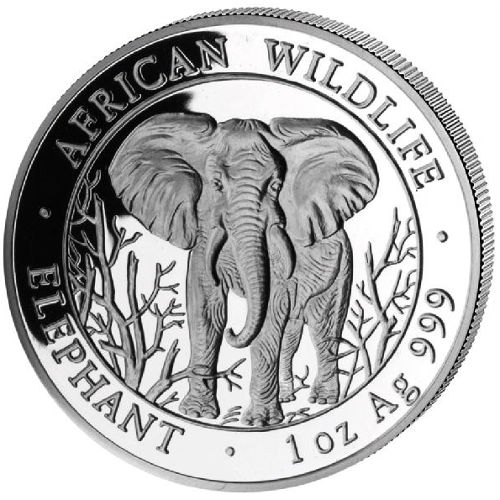 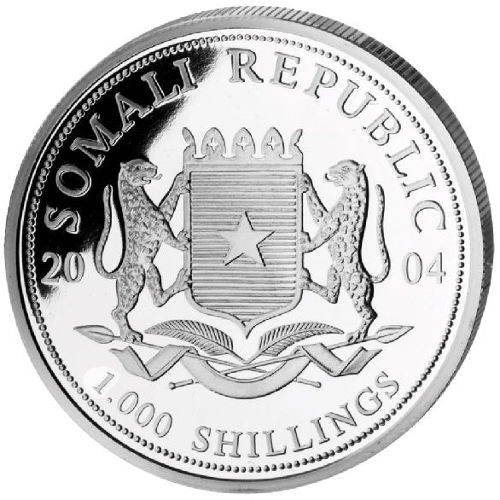 The most popular coin in any given series, over time, is usually the one produced during the first year of minting. For the Somalia Silver Elephant, 2004 marked the start of a coin series that is both perplexing in nature and highly sought after in the marketplace. Right now, you have a chance to purchase the 2004 1 oz Somalia Silver Elephant coin from JM Bullion in BU condition.

Somalia Silver Elephant coins were originally introduced in 1999 for the nation of Zambia, but was transferred to the nation of Somalia in 2004 for the release of this particular coin. Since 2004, the Bavarian State Mint has produced the Somalia Elephant coin with a new reverse image each year.

Although the coins bear a face value of 1,000 Shillings, the legal-tender status of these coins is a contested issue. While the Bavarian State Mint claims to have authorization on file from a Somali official, the nations Central Bank chief argues otherwise. Regardless of that status, it is a highly sought-after coin.

On the reverse face is the image of a single bull elephant marching through a tall thicket of brush. Surrounding the image are engravings that include Elephant, African Wildlife, and the coins weight, metal content, and purity.

The obverse features the Somali coat of arms, which includes two leopards holding up a shield that bears a single star set against a background of horizontal bars. The phrase Somali Republic is featured above, the year of minting split on either side of the coat of arms, and the face value below.

Germanys Bavarian State Mint is one of five official sovereign mints in the country. It is a state-owned entity of the Free State of Bavaria, and was first opened in 1158.

If you have questions, please contact JM Bullion at 800-276-6508, or connect with us online using our live chat and email services. If you are looking for similar coins, be sure to check out our Somalia Silver Coins page.