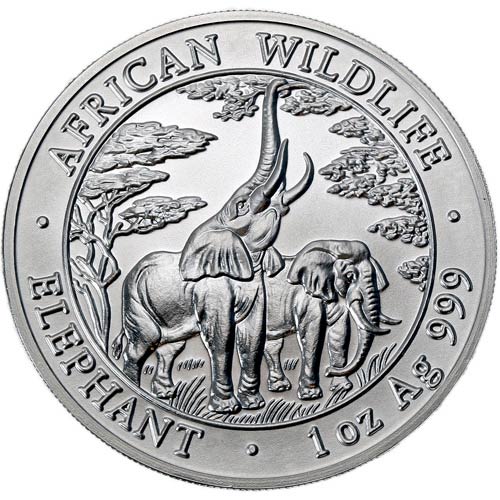 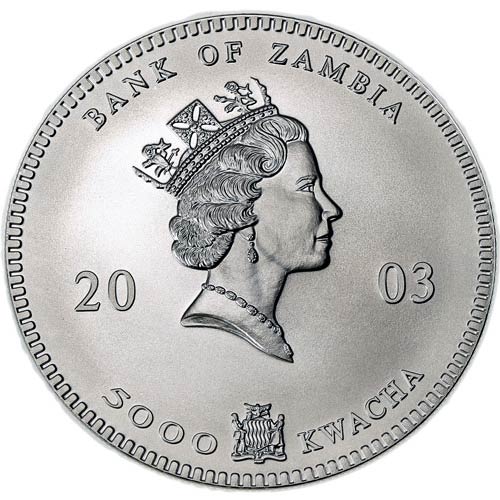 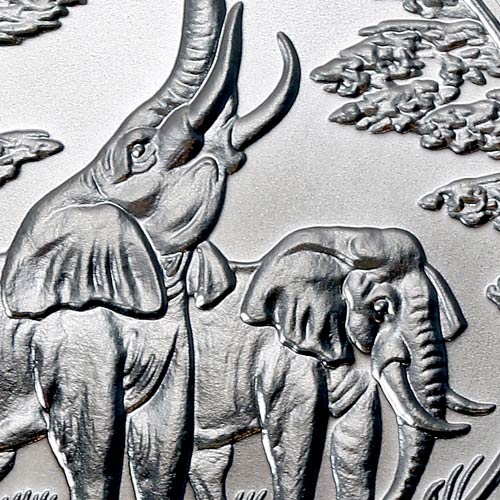 Major changes were about to come for the African Elephant Series coins from the Bavarian State Mint after 2003. The coins had been issued for the nation of Zambia from their 1999 debut until 2003, following which the nation of issue would change, as would the reverse design of the coin. JM Bullion now offers the 2003 1 oz Zambian Silver Elephant Coin for sale online.

After five years of production as a Zambian coin, the African Elephant Series shifted in 2004 to Somalia as the nation of issue. There was never a detailed explanation of the change from one nation to the other, but in the final year of the Zambian Silver Elephant coin the Bavarian State Mint continued to create new imagery for the obverse.

A key factor in the annual release of the African Elephant Series, including its modern iteration as the Somalian Silver Elephant, has been the annual change in the obverse imagery. While the coins always maintain a common motif of the elephant in its natural environment, the specific design features change annually.

On the obverse of the 2003 1 oz Zambian Silver Elephant Coin you’ll find the image of a pair of adult elephants standing in the savanna. As one of the adults simply stands by, the other is featured reaching high into the canopy of the nearby trees for food, extending its trunk to its full length.

The Bavarian State Mint is located in Munich in the Free State of Bavaria where it is a state-owned entity. It also serves as one of the primary German minting facilities.

Please feel free to reach out to JM Bullion with any questions you might have about the Zambian Silver Elephant coins. You can reach us on the phone at 800-276-6508, or connect with us online using our live chat and email features.