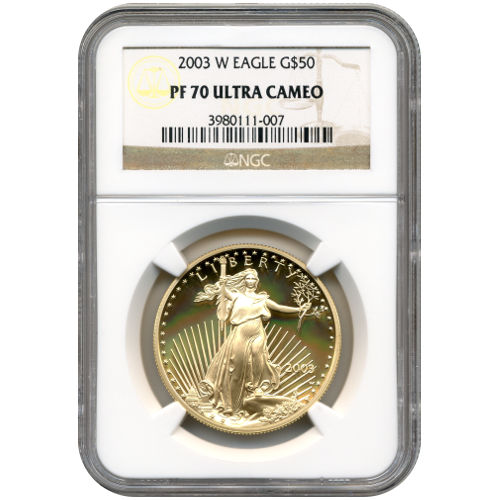 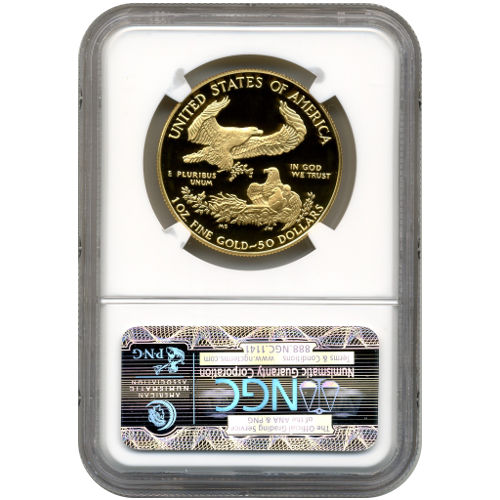 The early 2000s brought stability to demand for the Proof American Gold Eagle, along with stable gold prices at the time as well. Proof Gold Eagle coinage has largely relied upon special date marks, such as the 10th or 20th anniversary, to drive demand. Between 1995 and 2006 though, the US Mint issued no commemorative anniversary versions in the collection. The 2003 1 oz Proof American Gold Eagle Coin is currently available to you for purchase online from JM Bullion in perfect condition.

From 2002 to 2005, the coins saw little change in demand. The 2002 to 2004 issues saw an increase in the 1 oz weight of just under 1,000 coins in total across the three issue years. There wasnt a significant jump during this time period except for the 20th-anniversary issues in 2006.

On the obverse of 2003 1 oz Proof American Gold Eagle coins is the image of Lady Liberty. Crafted by Augustus Saint-Gaudens in 1907, it depicts Liberty walking forward from the nations capital city surrounded by 50 stars and holding her torch high overhead to guide the nation into the future.

The reverse of all 2003 Proof American Gold Eagles includes the design from Miley Busiek. This creation is exclusive to the Proof Gold Eagle and debuted in 1986. It features a male eagle in flight while a female eagle shields a hatchling under her wing.

These 2003 1 oz Proof American Gold Eagles are available to you in perfect condition. PF70 coins have full, original mint luster with no detracting flaws. As an ultra-cameo specimen, these coins feature strong, frosted designs over deeply-mirrored backgrounds.

We encourage JM Bullion customers to contact us on the phone at 800-276-6508 with questions. You can also connect with us online through our live chat and email address.