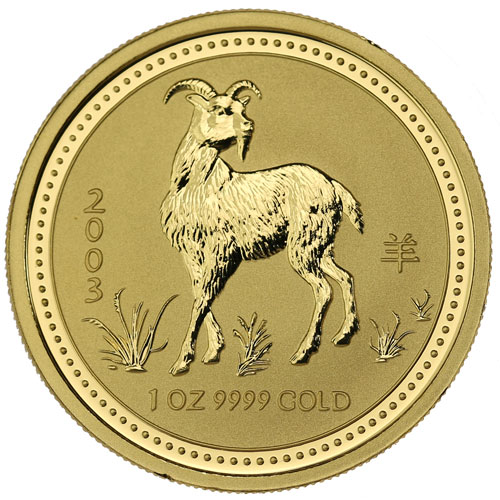 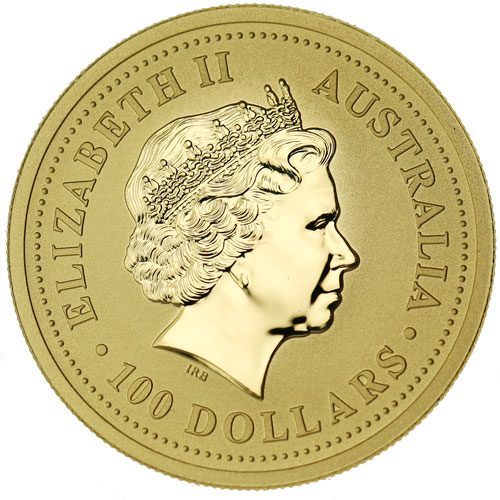 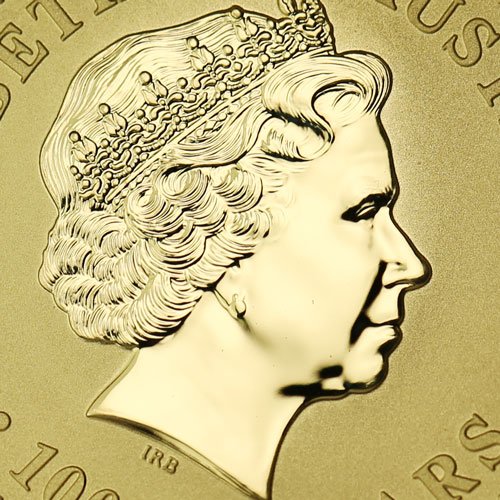 The Perth Mints Lunar Series I coins were the first in the world to feature the animals of the Zodiac. Today, Lunar Series coins are produced by numerous mints, but it was these first coins from the Perth Mint that launched the craze. Today, the 2003 1 oz Australian Gold Goat Coin is available from JM Bullion.

The Lunar Series I coins were introduced in 1996 with the Year of the Mouse coin, and the series concluded in 2007 with Year of the Pig coins. In total, the coin program included all 12 animals from the Chinese Lunar Calendar. These Year of the Goat coins were the eighth coins released in the series.

On the reverse side of these coins youll find the image of a long-haired goat standing in a meadow. With its head up and its eyes fixed in the distance, engravings around it include the year of minting (struck vertically), the weight, purity, and metal content, and the Chinese symbol for the goat.

The obverse side of the coin is the same as all Australian coins. Ian Rank-Broadleys right-profile portrait of Queen Elizabeth II is featured on this side, with the engravings Elizabeth II, Australia, and the face value of the coin.

The Perth Mint was founded as the final of the three Royal Mint facilities during British colonial rule. Following closure of the Sydney and Melbourne Mints, the Perth Mint is the oldest operating facility in Australia. It is a state-owned entity of the government of Western Australia.

If you have questions about the coins in this product listing, dont hesitate to contact a JM Bullion associate. Were available at 800-276-6508, online using our live web chat, and via email. If you are interested in similar products, be sure to visit the Australian Gold Coins page of JM Bullion’s website.