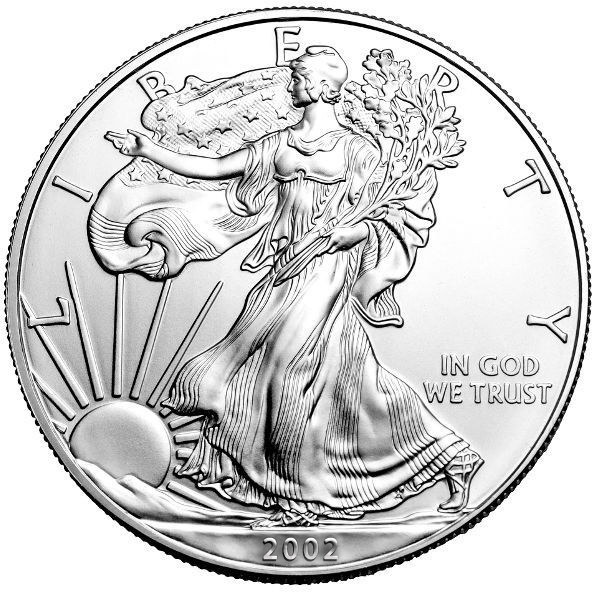 The American Silver Eagle coin hit an all-time low in production 1996 with just 4.1 million coins struck in total. A healthy economy and low prices led to minimal interest in the coins. With increasing concerns about Y2K hampering the economy and rising prices for silver, the late 1990s and early 2000s gave way to impressive growth in the program.

Adolph A. Weinman’s iconic Walking Liberty image was chosen as the obverse design of the American Silver Eagle. It originally appeared on the nation’s half-dollar coin from 1916 to 1947. The reverse has continually featured the heraldic eagle of the United States, which was modernized and refined by US Mint Chief Engraver John Mercanti in 1986.

All 2002 American Silver Eagle coins were produced by the United States Mint’s West Point Mint facility, but only the proof versions of the coin feature the identifying “W” mint mark. Bullion coins are never struck with a mint mark.

Please feel free to reach out to JM Bullion with any questions. You can contact us on the phone at 800-276-6508, online using our live web chat, and via our email address. Please be sure to view our website for other uncirculated Silver Eagles and check back regularly for new precious metal products.