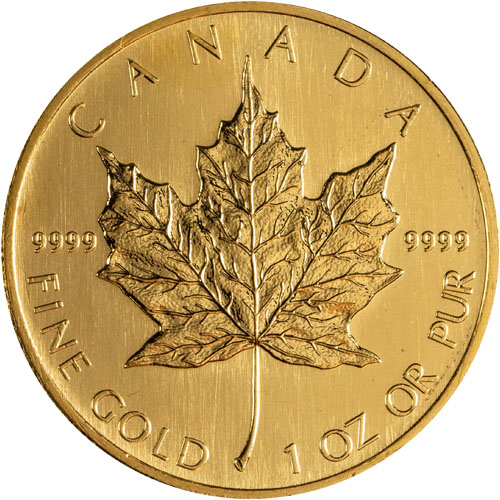 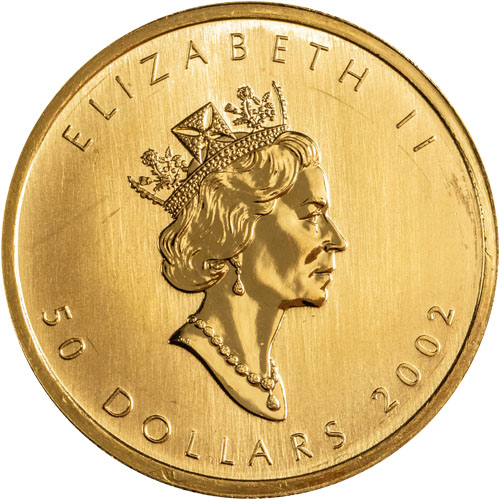 Any quantity available for $124.99 per coin over spot!
Add to WishlistLog In to add this product to your Wishlist
Free Shipping on $199+ Orders

The Canadian Gold Maple Leaf was introduced by the Royal Canadian Mint in 1979 and was just the second gold bullion coin available to investors when it was released. In the years since, the collection has grown from a single 1 oz gold coin to a six-coin collection that offers fractional-ounce and Gram-based coins. Today, 2002 1 oz Canadian Gold Maple Leaf Coins are available to you online from JM Bullion.

In the early 2000s, the Canadian Maple Leaf Series was at one of the lowest mintage points in its long history. The 2000 date mark in the series, for example, remains the lowest minted in the history of the series. As of 2022, its mintage of just 86,375 is the lowest recorded in the collection. The 2002 Gold Maple Leaf, by contrast, seems like a massive move in the opposite direction with its mintage of 344,843 coins.

All of these 2002 1 oz Canadian Gold Maple Leaf Coins are available to you for purchase online with an individual plastic flip. The 2002 release of the 1 oz Gold Maple Leaf marked the second consecutive year of growth for the coins. However, it would prove to be a highwater mark for much of the 2000s, with mintages in the 2000s not exceeding the 2002 level until the 2008 and 2009 issues.

On the obverse of 2002 Canadian Gold Maple Leaf Coins, you will find a right-profile effigy of Queen Elizabeth II. This design is the third-generation effigy of Elizabeth II and is the first to come from a Canadian artist and was designed in 1990 by Dora de Pedery-Hunt. The 2002 release of Canadian Maple Leaf bullion coins was one of the last to feature this effigy of the Queen as a new design was created in 2003 and rolled out on various collections between 2003 and 2005.

Please contact JM Bullion if you have any questions about these gold coins for sale. You can call us at 800-276-6508, chat with us live online, or email us directly.