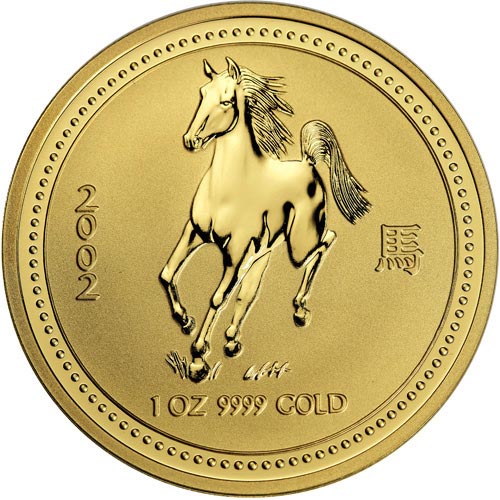 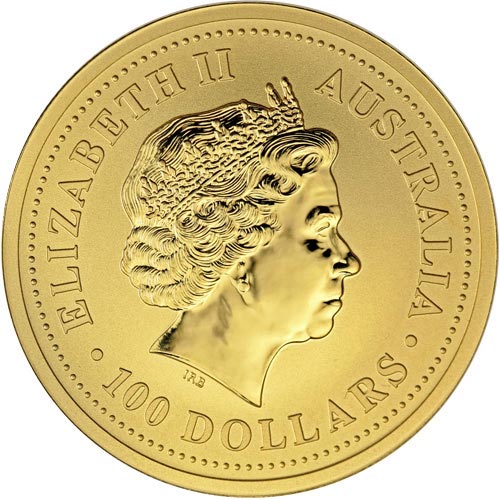 No mint in the world has the reputation for beautiful lunar-themed coins that the Perth Mint of Australia enjoys. What started with the original Lunar Series collection has grown into a second, separate collection varied and stunning options for those hoping to buy gold. The 2002 1 oz Australian Gold Lunar Horse Coin is available to you online today from JM Bullion.

Each of the coins from the original Lunar Series at the Perth Mint included a 1 oz silver bullion coin, as well as a 1 oz gold bullion coin. The two coins featured different designs for the same animal, making the silver and gold coins that much more coveted by collectors looking to snag all designs in the collection.

On the obverse of the 2002 1 oz Australian Gold Lunar Horse Coin is the image of Queen Elizabeth II. Her Majesty has been the ruling monarch of Britain and the United Kingdom since 1952, and her effigy has appeared on all commonwealth coinage since that date. This design is the fourth-generation one created in 1998 by Ian Rank-Broadley.

The reverse of the Australian Gold Lunar Horse Coin includes the image of a powerful mustang as it trots in an open space. Engravings included a beaded circle around the design field, the year of issue to the left, weight, purity, and metal content below, and the Chinese symbol for Horse to the right.

Each of the 2002 1 oz Australian Gold Lunar Horse Coins in this product listing are available in BU condition. Coins in BU condition show no signs of wear and tear, though you may notice minor flaws such as breaks in the luster, spotted surfaces, or contact marks from the process of striking blanks at the mint.

The Perth Mint is Australias oldest operating facility. Originally opened in 1899 by the Royal Mint as its third and final facility on the continent, the Perth Mint outlasted the Sydney and Melbourne Mints, and predates the current federal sovereign mint at the Royal Australian Mint in Canberra.

We encourage all JM Bullion customers to contact us with questions. You can reach our team members on the phone at 888-989-7223, on the web using our live chat, and via our email address.