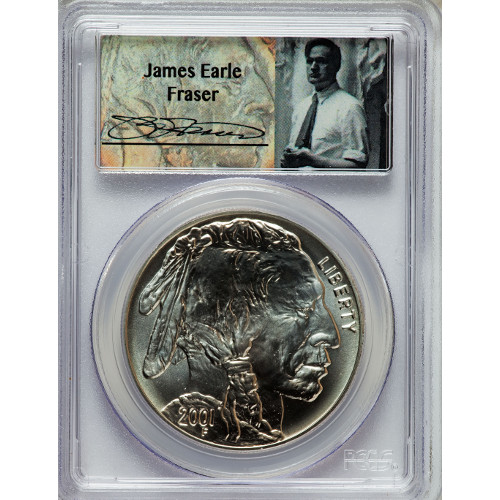 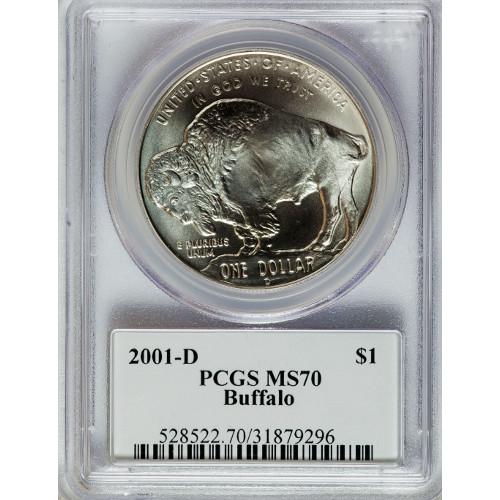 A coin certified as Mint State 70 by the PCGS is considered perfectly struck, with no visual flaws, contact marks, or hairlines visible. Each of the coins available through JM Bullion today features a D mint mark, identifying the coin as a product of the Denver Mint. These coins are individually packaged with a James Earle Fraser label. Mr. Fraser is responsible for the designs on both the obverse and reverse side of these silver dollars.

As a commemorative coin, the Buffalo Silver Dollar was not struck with the intention of being released into circulation. Though it is legal tender, these coins were minted with display and exhibition in mind, and feature a sharp finish. First featured on the Indian Head nickel in 1913, Frasers imagery includes a right-profile portrait of an American Indian chieftain, as well as a depiction of Black Diamond, a resident buffalo at the New York Citys Central Park Zoo in the early 1900s.

On the reverse side of the coin is that depiction of Black Diamond. The massive bison is featured atop a mound of dirt, with the engravings United States of America, In God We Trust, E Pluribus Unum, and One Dollar surrounding it. The obverse side features the chieftain, with engravings including Liberty, 2001, and F in honor of Fraser.

The Denver Mint is one of the four facilities within the United States Mint system responsible for striking circulation currency, commemorative coins, and honorary medals for the federal government.

If you have any questions about this stunning commemorative coin, please dont hesitate to contact JM Bullion at 800-276-6508. You can also connect with us online using our live web chat or via email.