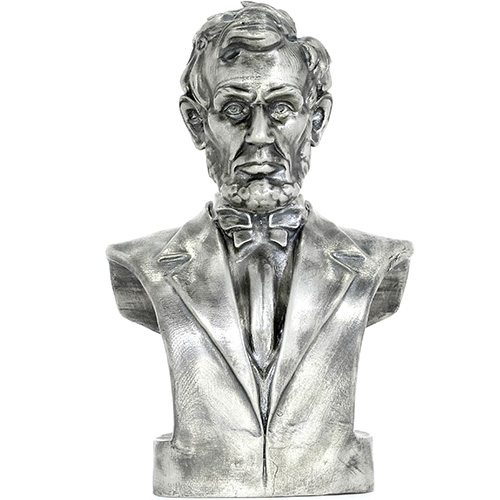 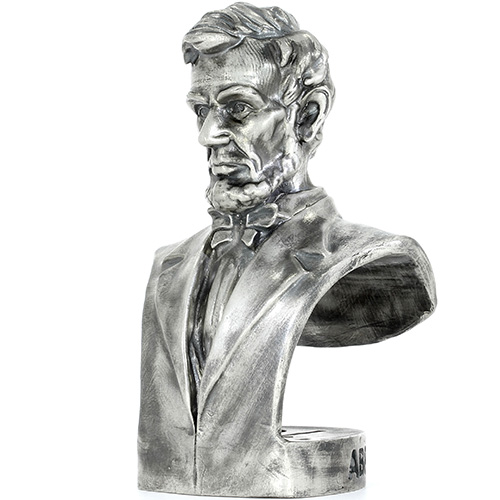 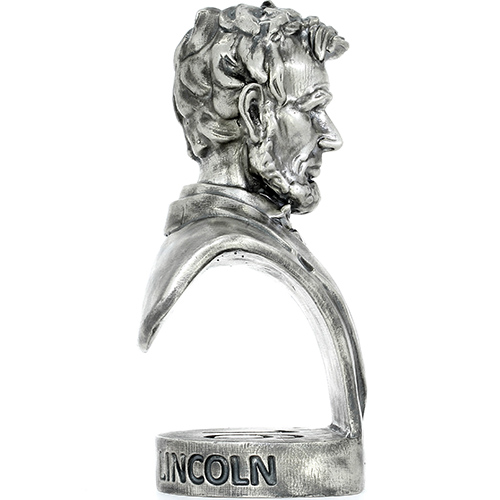 Among the two most famous men to serve as President of the United States are the 1st and 16th presidents. George Washington helped found the nation and set an example for how an individual should comport themselves in the position of President of the United States. The nation’s 16th president, Abraham Lincoln, did nothing less than preserve the Union Washington helped form. Today, the 20 oz Antique Finish Abraham Lincoln Bust Silver Statue is available to you online from JM Bullion.

Abraham Lincoln was a highly unique and controversial president in his era. One of the fun facts of history surrounding his election is the fact that he was the first member of the modern Republican Party ever to hold the office of President of the United States. His election was, however, very divisive for the young nation.

Lincoln was elected at a time when the nation was realizing the sins of slavery, and Northern states were fighting to stop the spread of the practice into newer states joining the Union from the west of the Mississippi River. With his election, the Southern states seceded from the Union and four years of bloody war ensued that claimed the lives of over 650,000 Americans and resulted in 1.6 million casualties.

Each of the Abraham Lincoln Bust Silver Statutes features the stately image of the 16th President of the United States. Lincoln may have suspended the right of habeas corpus, but he is known forever as the Great Emancipator for ending slavery by leading the Union to victory in the Civil War, a feat for which he’d pay with his life when he became the first President of the United States to be assassinated while in office.

In the Loathed & Loved collection of Presidential Busts from Hotco, the nation’s 16th president appears in a collection alongside George Washington and 45th president, Donald J. Trump. Heads or Tails Coin Company is responsible for casting some of the most beautiful coins available today, and an increasingly impressive array of silver statues as well.

Please feel free to contact JM Bullion with questions at 800-276-6508. You can also connect with us online through our live chat and email, or visit our homepage any time to find our full catalog of silver for sale.