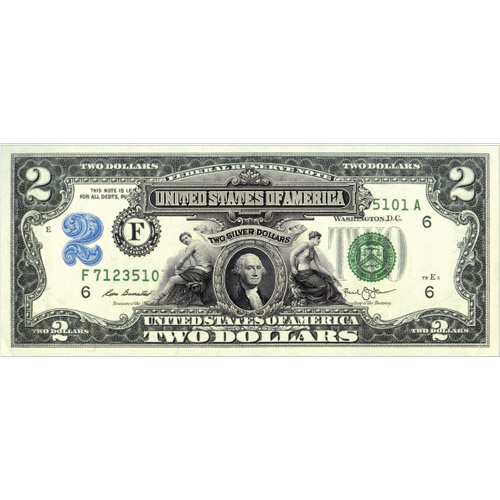 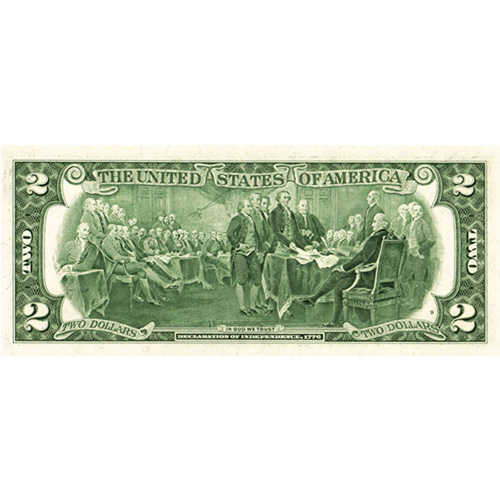 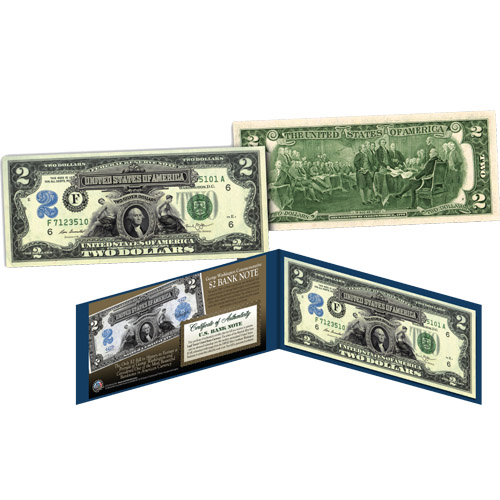 No former US President has featured on more forms of US currency than President George Washington. Founding Father, Commander-in-Chief of the Continental Army, and the First President of the United States of America, George Washington has featured on everything from early American coinage, five-cent pieces, and commemorative coins to Compound Interest Treasury Notes, United States Notes, Silver Certificates, Gold Certificates, and the modern Federal Reserve Note. Now, $2 Washington Porthole Legal Tender Notes are available to you for purchase online from JM Bullion.

Silver certificates were in circulation in the US from 1878 to 1964, with production series covering the large-sized notes produced by 1878 and 1923 and the small-sized notes produced from 1928 to 1957. There are many popular designs from this era, but few are as popular as the 1899 $2 Silver Certificate with the Washington Porthole design. That design is captured here on a modern, legal tender $2 bill.

George Washington’s effigy is depicted on the obverse of $2 Washington Porthole Legal Tender Notes. The effigy of Washington is featured at the center within a design element commonly referred to on historic coinage as a “porthole.” The term comes from the appearance of the figure within peering through the porthole of a ship at the design elements surrounding it. In this case, Washington is seen in the porthole with allegorical figures on either side.

A depiction of the signing of the Declaration of Independence is found in the reverse field of $2 Washington Porthole Legal Tender Notes. The design is based on a painting of the moment completed in 1818 by John Trumbull. When the $2 bill was introduced in the Federal Reserve Note series in 1976, this design was chosen for the reverse.

These $2 Washington Porthole Legal Tender Notes are available to purchase uncirculated in clean, crisp condition. Each note has been brilliantly enhanced with high-definition graphics replicating the 1899 $2 Silver Certificates. The notes are housed individually in blue presentation folios with a Certificate of Authenticity included.

JM Bullion customer service is available to help at 800-276-6508. Alternatively, you can connect with us online through our live chat and email address features.