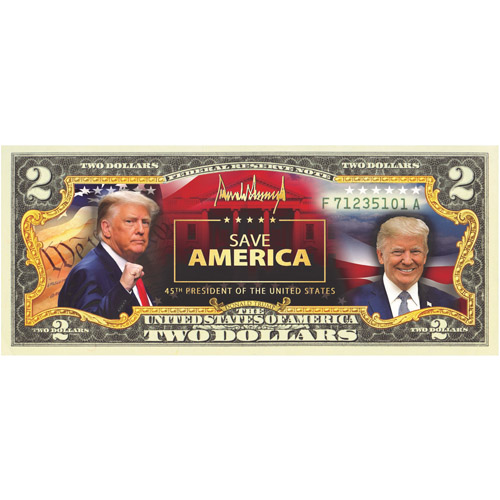 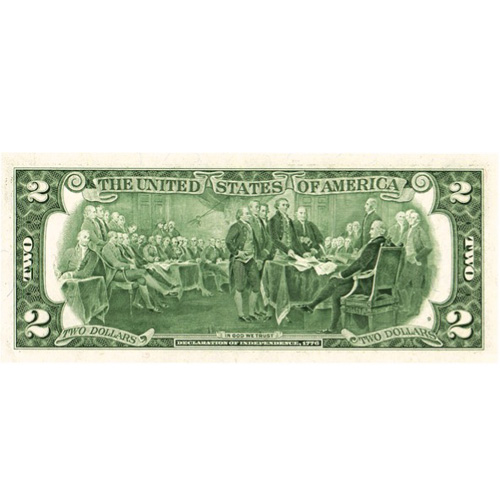 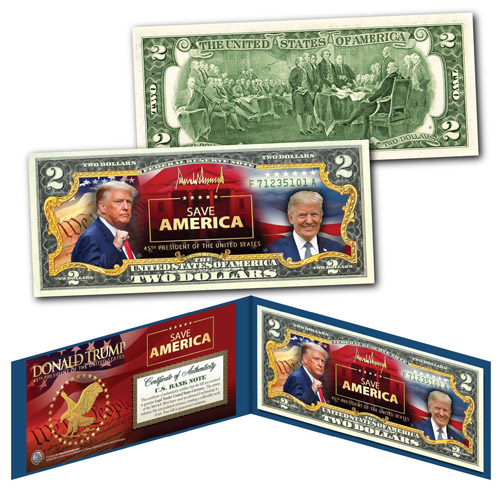 In 2016, Donald Trump became the 45th President of the United States. Trump was in office from 2017 until 2021, and during that time he amassed a large following. Today, Trump remains quite popular among his fans, and he continues to maintain a presence in the world of politics both in the online world and at rallies around the country. Today, $2 Trump Save America Legal Tender Notes are available to you online at JM Bullion.

Each $2 Trump Save America Note will arrive with protective blue folio packaging. Inside the folio, you will find both the note and a Certificate of Authenticity from the Merrick Mint. These notes have been selected from crisp, untouched Federal Reserve packs and have received colorized enhancements on the front side. They are considered genuine legal tender.

The obverse of $2 Trump Legal Tender Notes contains two colorized images of Donald Trump in the foreground. In the background, there are images of the Constitution, the White House, and the American flag. In the center are the words Donald Trump Save America, 45th President of the United States.

On the reverse design of the Trump Save America Legal Tender Note there is a replication of John Trumbulls 1818 oil painting called Declaration of Independence. This magnificent piece of art draws on the moment prior to July 4th, 1776, when the Founding Fathers presented a draft of the Declaration to John Hancock. While the actual historical moment likely only had a few people in the room, this image includes many others for dramatic effect.

Donald Trump was born on June 14th, 1946. Prior to his tenure in office, Trump spent decades running his real estate business that saw countless hotels, casinos, and skyscrapers built by the Trump Organization. Trump also has had a successful TV career with the show The Apprentice, which he hosted from 2004 until 2015. He then left the world of entertainment to pursue his political career, and in 2016 he was elected as the 45th President of the United States.

Please feel free to contact JM Bullion if you have any questions. You can call us at 800-276-6508, chat with us live online, or simply send us an email with your inquiries.