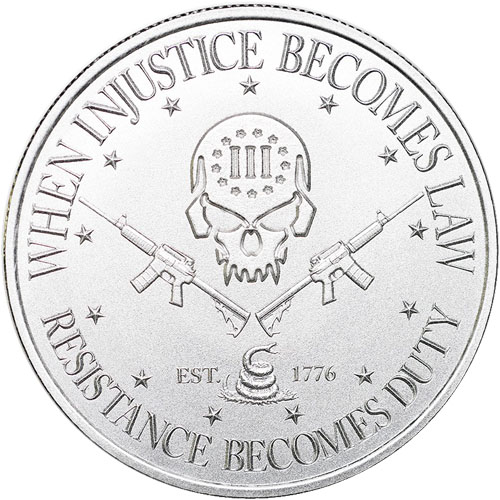 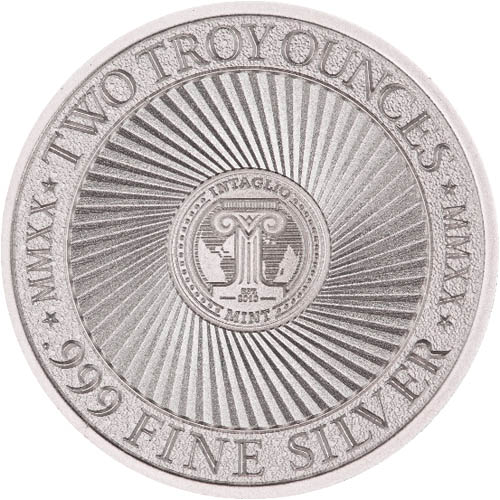 The fighting spirit of America has been evident from the very first skirmishes of the Revolutionary War. Bound and determined to succeed, farmers with pitchforks took on the greatest military power of the age and emerged victorious, winning their freedom and the right to represent themselves in a new form of government. The Deuce Four Skull is well-known in the modern world among fans of The Punisher, but similar designs are as old as America itself. Now, 2 oz Deuce Four Skull Silver Rounds with the Type II design are available to you for purchase online from JM Bullion.

The Deuce Four Skull is popular as the symbol of The Punisher from Marvel Comics, but the roots of such skull symbols in military circles are said to date back as far as the Revolutionary War. In the modern age, the 24th Infantry Regiment of the United States Army is famous for its use of the Deuce Four Skull design.

When the 24th was deployed in Iraq during Operation Iraqi Freedom, it would famously spray paint the Deuce Four Skull with a “24” in the center on the exterior of buildings its forces had successfully attacked and dispersed the enemy elements within. It was a fearsome calling card letting all who passed the building know that American forces had been there and taken care of business.

On the obverse of the 2 oz Deuce Four Skull Silver Rounds, you will find the Type II design element for the series. It depicts the skull in the center with a Roman numeral for three and a circle of 13 stars on the skull. These design elements point to both the original colonies, with the 13 stars, and the cited statistic that just 3% of the colonial population in America took up arms during the Revolutionary War.

Below the design element, you will find modern M16 assault rifles in a V-shape with the Gadsden flag snake in the lower-center field with “Est. 1776” on either side. Another ring of 13 stars encircles the primary design element.

The reverse face of 2 oz Deuce Four Skull Silver Rounds includes a depiction of the Intaglio Mint seal in the center with a new background design element that incorporates swirling, or twisting, radial lines.

These 2 oz Deuce Four Skull Silver Rounds are available to you in brand-new condition. Individual rounds ship inside of plastic flips while multiples of 10 are available in mint tubes.

JM Bullion customer service is available to answer your questions at 800-276-6508. We are also available on the web through our live chat and email address features.