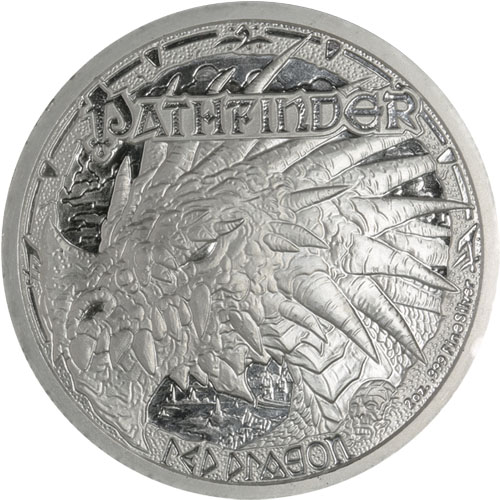 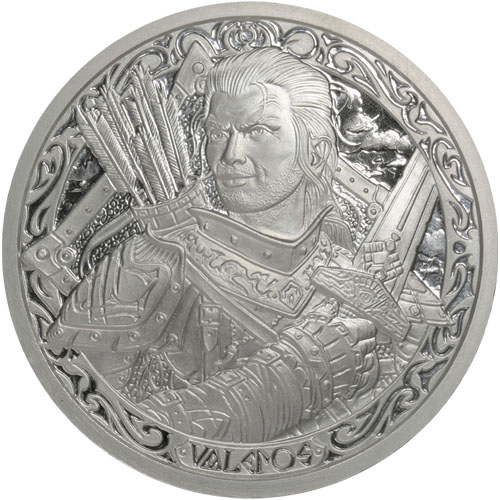 Pathfinder is an iconic role-playing game released in 2009 and has inspired a massive following of gamers around the world. There is a collection of silver rounds from Macian Enterprises that focuses on the main characters from the game. Right now, 2 oz Pathfinder Red Dragon Series Valeros Silver Rounds are available to purchase online from JM Bullion.

Each of the 2 oz Pathfinder Red Dragon Series Valeros Silver Rounds in this listing is available to you in Brilliant Uncirculated condition. The rounds are individually housed inside of protective plastic capsules.

Pathfinder is a fantasy role-playing game, better known in computer gaming circles as an RPG. The game was once a tabletop game focusing on fantastical adventures and was eventually published in 2009 as a computer game. The game was published by Paizo Publishing and was designed to be compatible with Dungeons & Dragons. Paizo initially had the rights to Dungeons & Dragons magazines in 2002, but in 2007 its publishing rights were not extended. It was at this point that Paizo began developing Pathfinder as a standalone extension of the Dungeons & Dragons concept.

On the reverse side of the 2 oz Red Dragon Series Valeros Silver Round is the image of a warrior known as Valeros. He is one of the main characters from the game and is a former mercenary who is known to have a good heart. Besides his skill in battle, Valeros is rumored to have quite the appreciation for strong drinks and beautiful women, with his smirk offering a glimpse into his overall attitude.

The obverse of 2 oz Pathfinder Red Dragon Series Valeros Silver Rounds features the depiction of a powerful red dragon. The beast is depicted with the name of the game, “Pathfinder” inscribed above and ancient text with the words “Red Dragon” inscribed below.

All of the silver rounds in this series are available from Macian Enterprises. The North American Mint, one of America’s most prominent private mints, offers the coining capacity for these impressive designs.

If you have any questions, please feel free to ask. You can call us at 800-276-6508, chat with us live online, or simply send us an email with your inquiries.