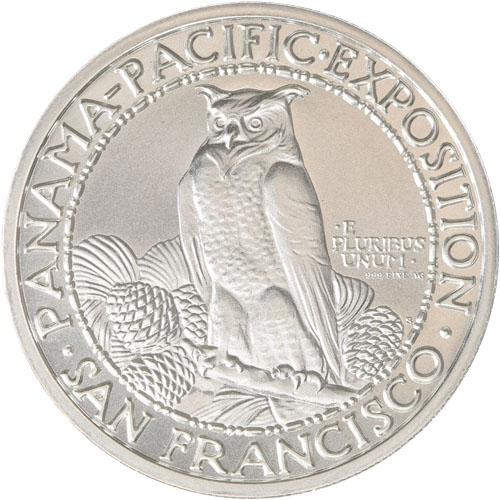 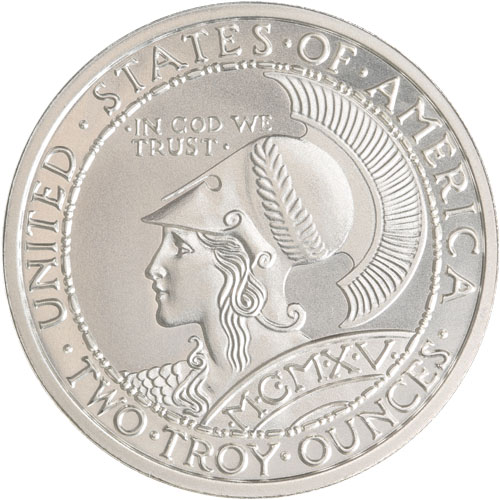 Over the courseof more than 10 months in 1915, the city of San Francisco was the host of the Panama-Pacific International Exposition. The stated purpose of this expo was to celebrate the United States successful completion of construction on the Panama Canal linking the Atlantic Ocean to the Pacific Ocean through the thinnest strip of land on the North and South American continents. Right now, 2 oz PanPac Silver Rounds with the popular designs from commemorative coins of the era are available to purchase online from JM Bullion.

Each of the 2 oz PanPac Silver Rounds in this listing is available to you from Intaglio Mint and is struck on a thick, reeded silver blank. The designs used on the obverse and reverse reflect the imagery used by the United States Mint on two $50 gold coins it issued during the Panama-Pacific International Exposition in 1915.

The city of San Francisco hosted the expo from February 20 to December 4, 1915. While the stated goal was the celebration of the Panama Canals completion, many also viewed the expo as a chance to showcase the impressive strides made in rebuilding the city in the nine years since the devastating 1906 earthquake that leveled much of San Francisco.

As part of the celebration, the United States Mint commissioned the coining of five commemorative coins. Among the five were two gold coins that proved unique in a number of ways. First off, the two $50 gold coins marked the first-ever issuance of that denomination in gold by the US Mint. Second, the coins were the first commemorative struck by a branch mint facility (San Francisco Mint). Finally, while one coin was round, the other was a unique octagonal coin.

On the obverse of the 2 oz PanPac Silver Round is a left-profile portrait of Minerva, the Roman goddess of wisdom and warfare. Engravings include United States of America and the weight of the silver round. The national motto In God We Trust is featured on the rounds and was notably used on the 1915 commemorative as the first-ever application of the national motto to US commemorative coins.

The reverse of the PanPac Silver Round includes the design of an owl perched on the branch of a Ponderosa Pine that is surrounded by cones. Both sides of the round have a beaded edge, and the engravings on this side include San Francisco, Panama-Pacific Exposition, and E Pluribus Unum.

If you have any questions about these silver rounds, please feel free to call us. JM Bullion customer service is available to you at 800-276-6508, online through our live chat, and via our email address.

Charles from CA - February 22, 2019
"This is a handsome round. Pretty - no, stunning - yes! Much more impressive in hand than any photo. I ordered a second, not usually done for the 2oz. variety. "