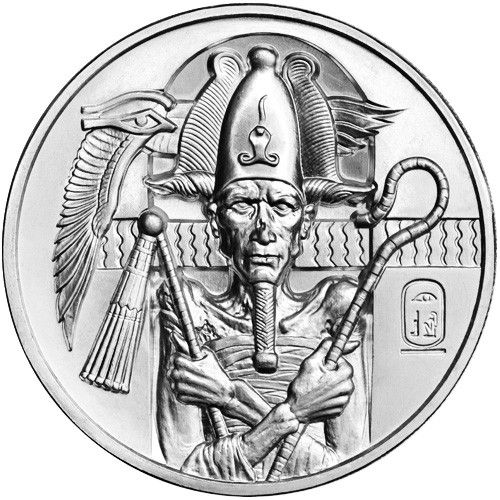 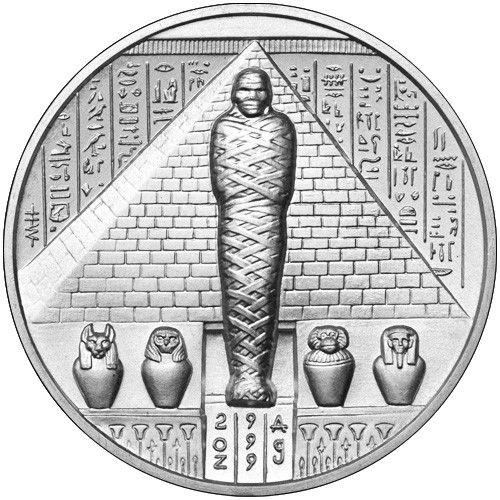 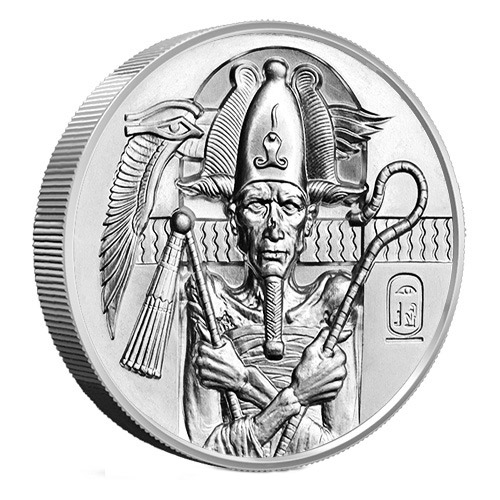 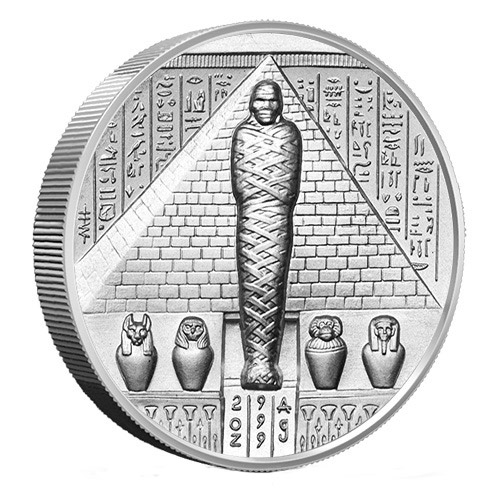 After a lull in production, the Egyptian Gods high-relief silver rounds return with an all-new design to continue the popular series into 2021. The next design up in the collection is Osiris, the Ancient Egyptian god of fertility, agriculture, and the afterlife. Connecting to the previous designs in this series, the Osiris image includes key hieroglyphs and is struck in ultra-high-relief on a 2 oz silver blank. Now, 2 oz Egyptian Gods Osiris Silver Rounds are available to you for purchase online from JM Bullion.

The Egyptian Gods Series of 2 oz silver rounds initially debuted years ago with four distinctive releases. Each one captures an image of an Egyptian god or goddess accompanied by symbols that reflect their being in Ancient Egyptian mythology. The designs were also accompanied by hieroglyphs, typically ones that were reflected in the cartouche of that particular god or goddess.

As the series resumes with new images set to debut starting in 2021, the designer of the original images returns to the series as well. Heidi Wastweet is the designer of note in this series whose career stretches back to 1987. Over more than 30 years in the industry, she has produced images for more than 1,000 coins and medals for private mints and currently works as part of the Artistic Infusion Program at the United States Mint.

On the obverse of the 2 oz Egyptian Gods Osiris Silver Round, you will find a decaying image of the god Osiris. The god of the afterlife, the dead, and resurrection, Osiris was actually one of the first deities to be associated with mummification. In fact, this classic design captures his figure as it was often seen in ancient works of art. His partially-mummified body is shown with the beard of a pharaoh and an Atef crown while holding a crook and flail. These items symbolize kingship and the fertility of the land, respectively.

The reverse side of 2 oz Egyptian Gods Osiris Silver Rounds includes a depiction of the fully-mummified body of Osiris with the backdrop of a pyramid tomb. There are four pots near the body, each with a different head. The background behind the pyramid has various hieroglyphs on the wall.

These 2 oz Egyptian Gods Osiris Silver Rounds are available to you with an ultra-high-relief strike. This is created through a high-pressure strike of the 2 oz blank, delivering greater visual depth for the field and greater relief for the design elements.

Dont miss your chance to get back in action with the Egyptian Gods Series. JM Bullion customer service can handle your questions about this new release at 800-276-6508, online using our live chat, and via our email address.

Kenneth from - April 08, 2021
"I bought this coin for my teenage son who thought it would be cool. When it showed up I was quite surprised just how well done it is. the detail is very good and the high relief really makes it easy to see."