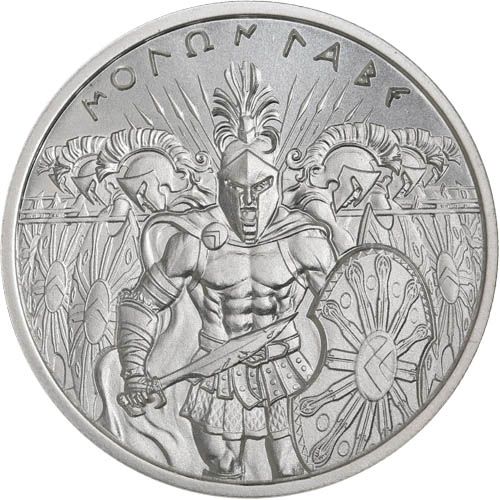 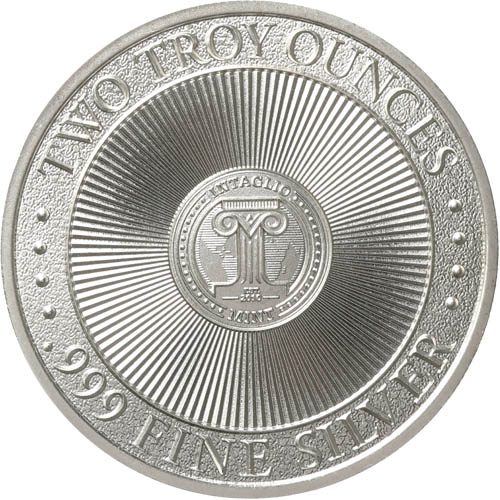 The Spartan Army was a force to be reckoned with in the ancient world. No army in Ancient Greece was better trained, more experienced, and built for war like Sparta’s army. Young Spartan men were trained from as young as 4 or 5 to fight and this resulted in an army that seemed invincible at times. The defiant attitude of the Spartans is the inspiration for the Molon Labe collection from Intaglio Mint. The 2 oz Molon Labe Silver Round Type II is now available to you for purchase online from JM Bullion.

The phrase molon labe roughly translates into English as “having come, take.” It is more commonly translated into English today as “come and take them.” The phrase was recorded in history as coming from the mouth of King Leonidas, the leader of an outnumbered Spartan force at the Battle of Thermopylae.

Offered a chance to lay down his arms and live, Leonidas was not about to sell out his fellow Greeks by allowing the numerically superior Persian force to pass without a fight. He responded to the offer by telling the Persian leader that his weapons were in his soldiers hands, gesturing toward his lines he said: “come and take them.”

The obverse design field of the 2 oz Molon Labe Silver Round Type II includes a design that showcases the powerful phalanx formation of the Spartans. With their physically imposing leader at the front, the Spartans line up shoulder to shoulder. Their shields protect themselves and the man next to them, providing a near-impenetrable barrier. From behind this wall, the Spartans would thrust their spears forward to stab down their enemies. They would then advance the wall, stabbing and moving to cut down enemy combatants.

On the reverse side of the Molon Labe Silver Rounds is the Intaglio Mint’s logo. The logo is similar to a Roman column in the shape of the letter “I” and it is surrounded in the background by a radial sunburst. Along the outer edge of the design field are inscriptions of the round’s weight, metal content, and purity with a stippled background field.

Intaglio Mint is a small, private mint founded in 2010 that focuses on craftsmanship and one-of-a-kind designs. Every step in the process of coining rounds gets the highest attention to detail and the rounds all come out with the best artistic quality. These silver rounds from Intaglio come in individual flips and tubes of 5 or 10 rounds.

We encourage JM Bullion customers to call us at 800-276-6508 with questions. You can also reach out to us online through our live chat and email features.