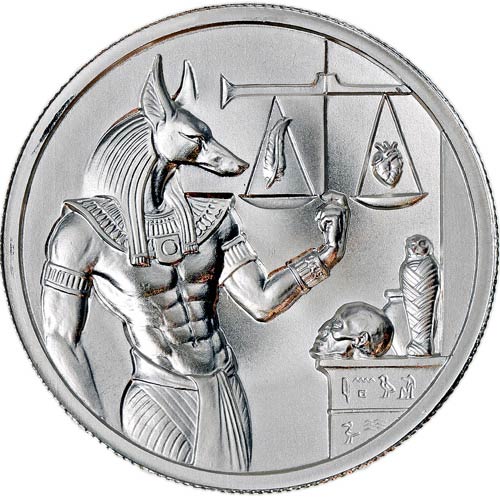 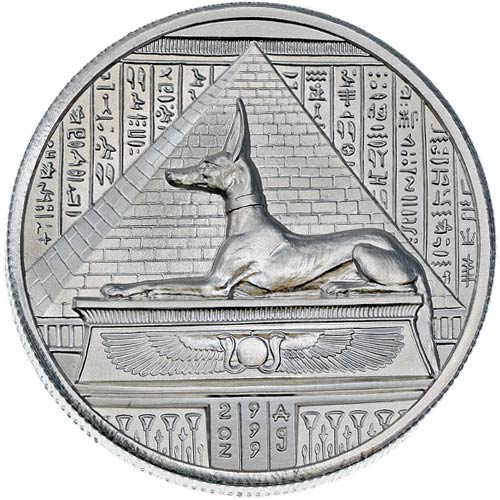 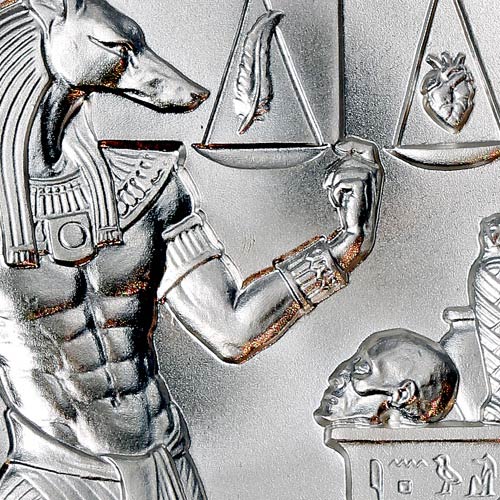 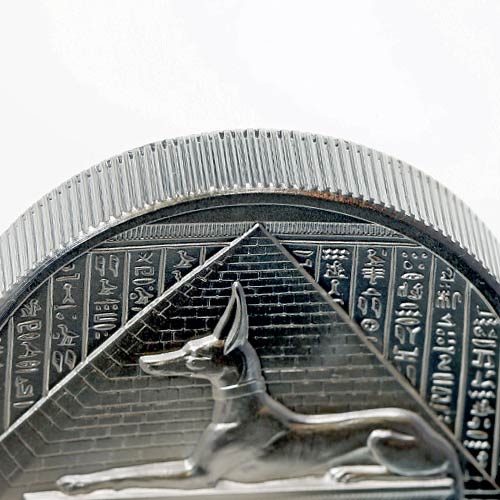 Elemetal Mint’s second release in the Egyptian Gods Series is now available, and it features imagery representing the god Anubis. The name Anubis comes from Greek language and society, and refers to the god of mummification and the afterlife. Today, the 2 oz Elemetal Egyptian Gods Series Anubis Silver Round is available in high relief from JM Bullion.

The Egyptian God Series from the Elemetal Mint continues with an homage to the god Anubis. Known as the god of mummification and the afterlife, Anubis was the Greek language name for the god and was given during the period of Ptolemaic rule in Egypt.

Anubis was known to Egyptian society throughout its many dynasties over the course of thousands of years, but it was the Greek name of Anubis that stuck in the long run. The earliest Egyptians knew Anubis as the protector of graves and an embalmer, but the Middle Kingdom Egyptians looked to Orisis as the Lord of the underworld.

Often depicted as a half-man, half-dog creature, Anubis appears on the obverse of the 2 oz Elemetal Egyptian God Series Anubis Silver Round. He is depicted holding the scales of justice during the embalming ceremony of ancient Egyptians when the heart is weighed. In this ceremony, a newly deceased individual’s heart is weighed against a feather. If the feather is heavier, the individual moves on to the afterlife.

The reverse side of the Anubis Silver Round features the image of a jackal at rest atop a winged sun disc in front of a temple pyramid reflective of those built in and around the complex of pyramids built in Giza. The golden jackal was associated with Anubis and classified by early archaeologists as such, but was later reclassified through genetic testing as the African golden wolf.

Each of these 2 oz Elemetal Egyptian Gods Series Anubis Silver Rounds is a high-relief product. High-relief silver rounds feature brilliant 3D strikings of the design sets on a round, giving them a shockingly beautiful appearance. A high-relief round is produced using multiple strikings and intense pressure during the coining process.

Please feel free to contact JM Bullion with questions about the Egyptian Gods Series from Elemetal Mint. You can contact us on the phone at 800-276-6508, connect with us online using our live web chat, or email us directly.

David from CA - October 20, 2016
"Looks better than pictured. Such detail. Fits snug in a 2oz high relief round plastic capsule."

Krystal from NY - October 06, 2016
"Awesome design that draws you in to the artistry of the coin. The weight of it in your hand is great to feel as its a decent chunk of silver you are holding. Definitely going to follow this whole series and buy them all!"

Tarek from - September 02, 2016
"I can not denied the fact that i am fascinating with ancient eygpt civililzation and extremely interested with pyramid ,pharaohs , hieroglyphics , this amazing 2 oz thick silver coin defined historical ancient eygpt. thank you JM"

Duane from WI - August 24, 2016
"If you don't own this one and the series 1 then get them ASAP there a must have for any collection, and absolutely beautiful I hand."