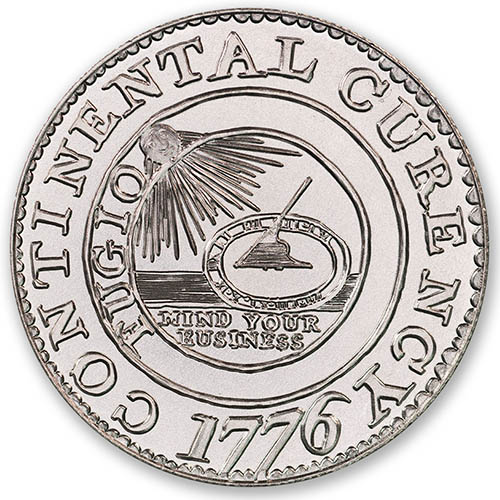 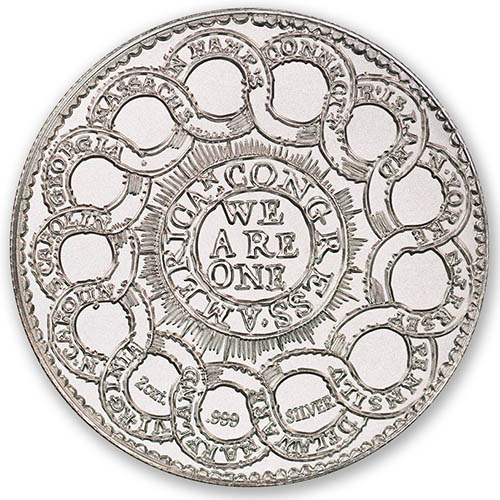 The US Dollar might be the most recognized fiat currency in the world today, but there was a time when the American currency of choice was a laughable issue that few viewed with any sort of inherent value. The Continental Dollars that first emerged during the American Revolutionary War were, to many, not worth the paper they were printed on. Today, 2 oz Continental Dollar Silver Rounds are available that offer that design with greater value.

Prior to the independence of the United States, the original 13 colonies that made up the British Empire along the East Coast of North America had currency issued and controlled by the crown in England. One of the many reasons for American rebellion against British rule was the lack of internal control over economic matters and the outside hand of distant rules determining the way of life for Americans.

When representatives of the fledgling American republic gathered on July 4th to willingly commit treason by signing their names to the Declaration of Independence, they sent a message to England and the world that they would not bow down to outside rule any longer. Among the many acts of the Continental Congress during the day was to create a new currency for the united colonies.

On the obverse of the Continental Dollar Silver Round is the design used on most original currencies. It featured the design of a sun shining its rays down on a sundial, with the popular phrase of the time Mind Your Business included in the design. Fugio is engraved within the outer rim of the design field, while the border has the engraving Continental Currency 1776.

The reverse of all 2 oz Continental Dollar Silver Rounds includes a chain of 13 individual circles. Engraved into each is the name of one of the original 13 colonies, signifying their unbreakable bond of unity. Engravings include We Are One in the very center, ringed immediately by the words American Congress.

Please feel free to reach out to JM Bullion at 800-276-6508 with your questions when buying silver. You can also connect with us online through our live chat and email address.