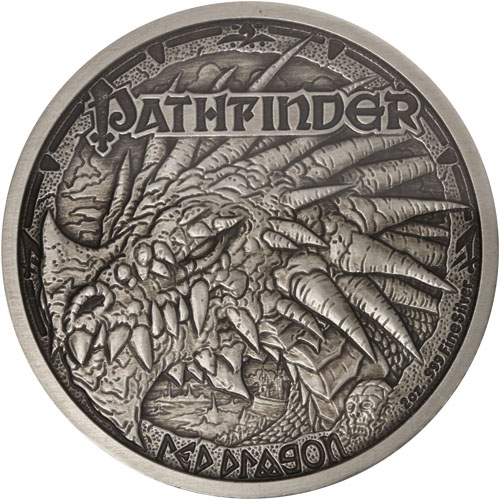 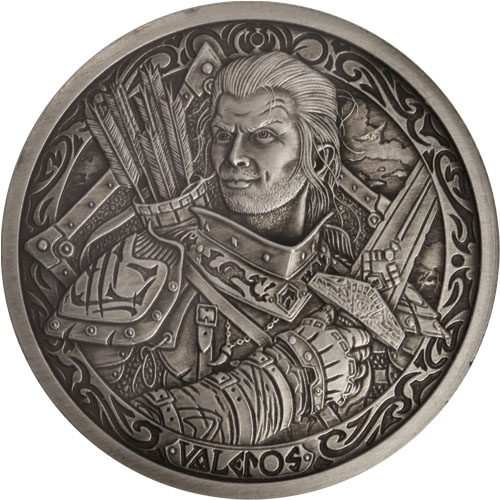 Inspired by the growth and evolution of Dungeons & Dragons, Pathfinder arose in 2007 as a standalone fantasy role-playing game. Today, it is not only popular among card and board game players, but also among computer and online gamers. Now, 2 oz Antique Pathfinder Red Dragon Series Valeros Silver Rounds are available to you online from JM Bullion.

Just as Dungeons & Dragons has its roots in card-based gameplay on boards, Pathfinder too got its start as a card game. Paizo Publishing acquired the rights to publishing Dungeons & Dragons magazines in 2002, and by 2007 found that its contract was not going to be renewed. At this point, Paizo began to publish the Pathfinder series as a standalone replacement magazine for its former D&D magazines. From that, the game grew legs as a role-playing board game and computer game.

All 2 oz Antique Pathfinder Red Dragon Series Valeros Silver Rounds in this listing are available to you with an antique polish and individual protective plastic capsules. These antique releases in the Valeros design have a much lower mintage of 1,000 rounds in total and come with a Certificate of Authenticity.

The antique polish applied to the rounds provides a different visual appeal. Instead of shinier finishes, the antique polish gives each round the appearance of ancient coinage. The surface areas have a rough, rustic appearance even though they are newly struck items.

On the reverse of 2 oz Antique Pathfinder Red Dragon Series Valeros Silver Rounds is the design of Valeros. He is a mercenary warrior who fell into that life when he ran away from his old life, in which he was betrothed to marry a young farm girl. He is best known among players for his love of a good drink and a beautiful woman.

The obverse side of 2 oz Antique Red Dragon Series Valeros Rounds includes a design of the red dragon. The beast’s head is featured in the design field with “Pathfinder” inscribed above in block text and “Red Dragon” inscribed below in an ancient text.

Pathfinder silver rounds are designed by Macian Enterprises and struck by the North American Mint, one of the nation’s most prominent private minting facilities.

Please don’t hesitate to reach out to JM Bullion with your questions about buying silver online. You can call us at 800-276-6508, chat with us live online, or email us directly.