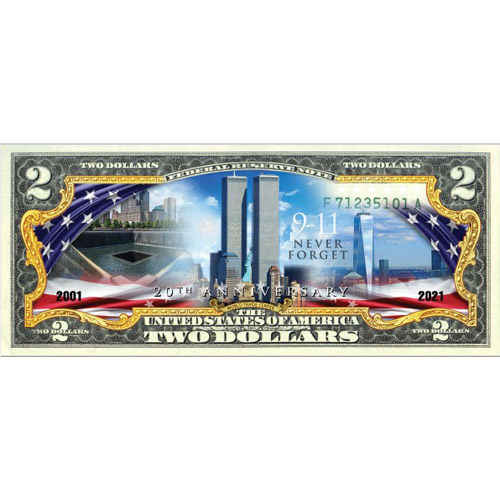 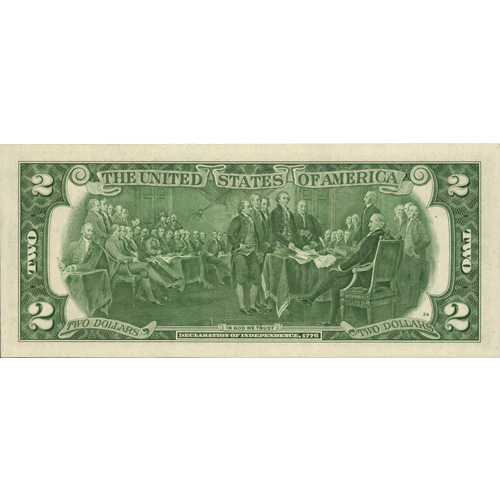 The US $2 bill is a popular choice for private mints looking to add collectible value to Federal Reserve Notes. The $2 bill is already viewed by some as a somewhat collectible note, largely based upon its perceived rarity. The Merrick Mint offers beautiful, colorized enhancements on $2 bills. A particularly notable series of $2 notes from the mint in 2021 mark the solemn occasion of the 20th anniversary of the 9/11 terror attacks. Now, $2 9/11 20th Anniversary Never Forget Legal Tender Notes are available to you for purchase online from JM Bullion.

September 11, 2001, was a devastating day for the American psyche. Not since the December 7, 1941, attack on Pearl Harbor had America been hit so hard on its own soil. Hijackers took control of four airliners and used the commercial jets as weapons against the American populace. While the attacks targeted two different locations on the East Coast, it was New York City that was hit the hardest.

The coordinated attack included planned strikes in Washington D.C. and New York City. The goal was to hit American military and economic symbols. The Twin Towers were clear symbols of American capitalism associated with Wall Street. Within hours of the airliners crashing into the towers, the two massive structures succumbed to structural damage and collapsed, taking thousands of lives.

President Jefferson typically features on the obverse of $2 bills. However, colorized visuals have been added to the obverse of these $2 9/11 20th Anniversary Never Forget Legal Tender Notes. With beautiful colorization capturing a blue sky with few clouds, the Twin Towers stand at the center. To the right is the new One World Trade center structure, while the left showcases the humble 9/11 Memorial honoring those lives lost on 9/11.

These $2 9/11 20th Anniversary Never Forget Legal Tender Notes are available to purchase with presentation folios and a Certificate of Authenticity. The notes are legal tender $2 Federal Reserve Notes and come from sealed packs of Federal Reserve Notes. Each one is in clean, crisp, uncirculated condition with beautifully enhanced, colorized visuals on the obverse.