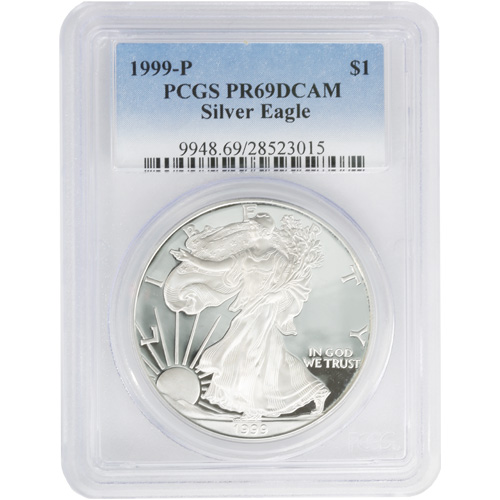 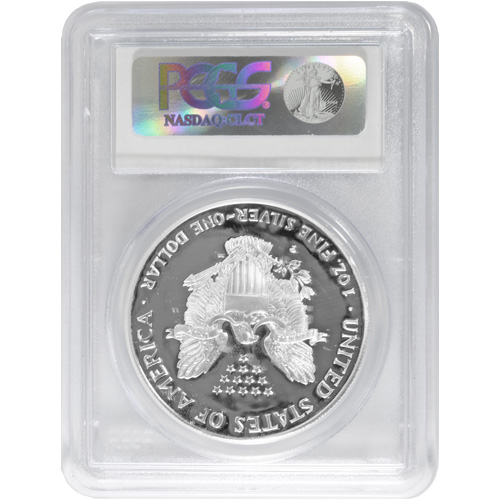 The Proof American Silver Eagle is the collectible version of the most popular silver coin in the world. Introduced in 1986 by the United States Mint alongside the Brilliant Uncirculated version of the coin, the US Mint has seen sales figures in this collection in many years that dwarf the demand for other major BU coins around the globe. Now, 1999-P 1 oz Proof American Silver Eagle Coins are available to you for purchase online from JM Bullion in near-perfect condition.

Proof American Silver Eagle Coins were once available from the US Mint in this series with a mintage cap for each release. However, by the mid-1990s, the US Mint had abandoned the use of mintage caps to allow for collector demand to determine the final mintage of the coins. This was also done, in part, because no release year ever reached the originally established mintage caps.

At the end of the 1990s, demand was on the rise for the Proof American Silver Eagle after nearly a decade of slumping interest. Following the 1986 and 1987 releases, the demand for the collectible version of the coin followed a steady downward trend. This continued until 1999 when the series moved back above 500,000 coins sold for just the third time in the 1990s and the first time since 1996.

On the obverse side of the 1999-P 1 oz Proof American Silver Eagle is Walking Liberty. Designed by Adolph A. Weinman, the image features Liberty in left-profile relief as she walks toward the sun on the horizon.

The reverse face of 1999-P Proof American Silver Eagle Coins includes the heraldic eagle of the United States. A historic emblem that dates to the founding of the country, the heraldic eagle was modernized for this release in 1986.

JM Bullion customer service can field any questions you have on the phone at 800-276-6508. We are also available to you on the web through our live chat and email address features.