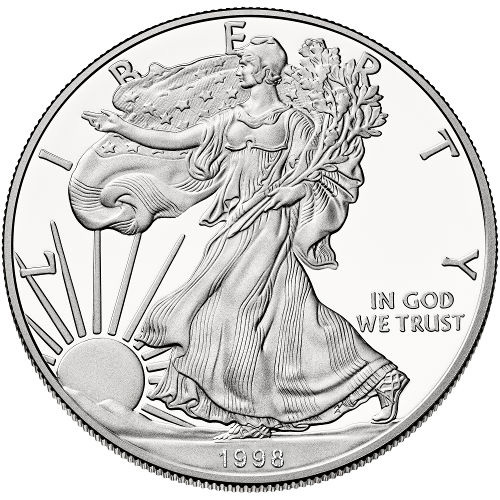 Throughout the history of the American Silver Eagle coin program, mintage levels for the bullion and proof coins have remained drastically different. The bullion version of the coin has always held a significant edge over the proof as a result of higher demand among investors than collectors.

On the obverse of every American Silver Eagle is the image of Walking Liberty. Designed to represent America’s drive for a brighter future, Adolph A. Weinman created an image of Liberty walking toward the setting sun, the preeminent source of bright light in the world. Weinman created this image in 1916, and it was used on the Walking Liberty Half Dollar until 1947.

If you have any questions, JM Bullion associates will be happy to help answer them. Please contact us on the phone at 800-276-6508, reach out to us online using our hosted live web chat, or submit your questions in writing via email.