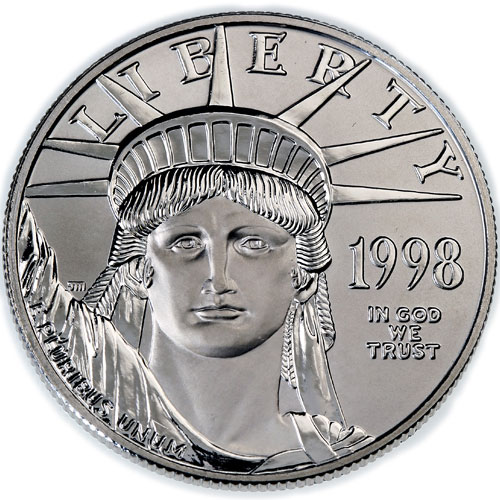 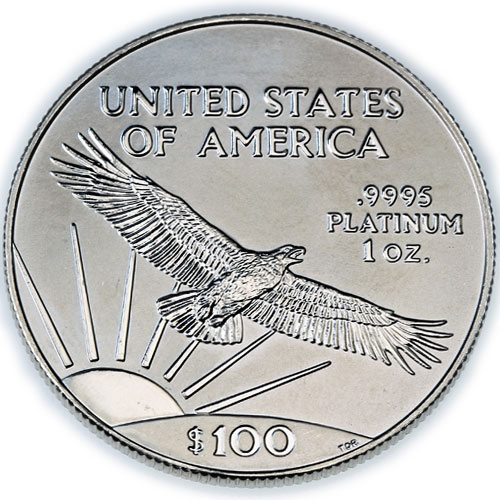 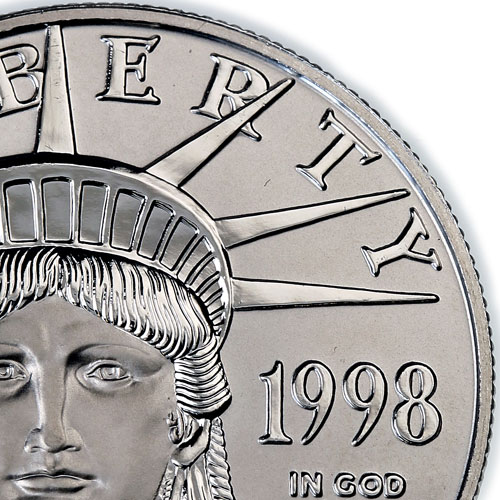 The American Eagle coin series from the United States Mint is generally regarded as the most popular in the world. For all of its popularity and visibility, there is a little-known third coin in this popular series. Introduced in 1997, the American Platinum Eagle is often outshined by its silver and gold counterparts. Today, the 1998 1 oz American Platinum Eagle coin is available from JM Bullion in Brilliant Uncirculated condition.

American Platinum Eagle coins debuted in 1997 from the United States Mint, but have failed in general to gain the same notoriety and immense demand of the other versions of the American Eagle. However, similar to its counterparts, the Platinum Eagle features images of Liberty on the obverse and the bald eagle on the reverse.

The bullion version of the coin is the only one that features the same obverse and reverse each year. The proof and uncirculated versions have a new reverse design each year, making the American Platinum Eagle the only bullion-quality coin from the US Mint to do so.

On the obverse of the 1998 1 oz American Platinum Eagle coin is the image of the Statue of Liberty, focused intently on her face. Designed by then-US Mint Chief Engraver John Mercanti, the design is known as looking into the future, as it focuses on Libertys gaze fixed in the distance.

The reverse comes from US Mint sculptor and engraver Thomas D. Rogers Sr., and depicts an American bald eagle in flight over the rays of the setting sun. This image featured on all 1997 release coins, but only the bullion 1998 coins.

Each 1998 1 oz American Platinum Eagle coin in this listing is a BU specimen. Brilliant Uncirculated coins have no signs of wear and tear, though you may notice breaks in the luster, spotted surfaces, or contact marks from striking.

If you have questions, please dont hesitate to ask. You can reach JM Bullion associates on the phone at 800-276-6508, online using our live chat, and via our email address. Check out all of our Platinum Coins.