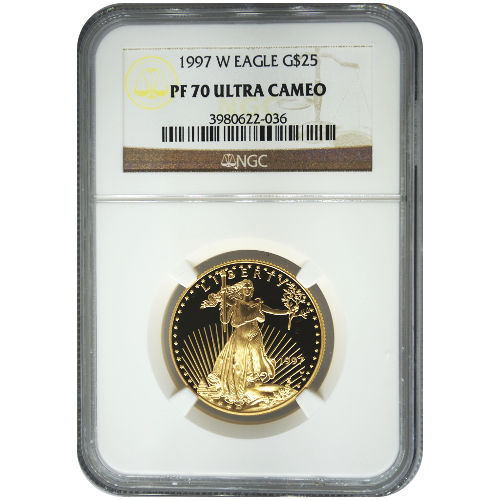 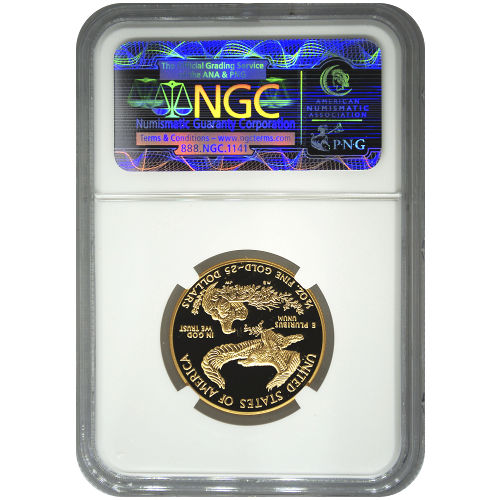 The United States Mint saw fewer collectors buying gold in its Proof American Gold Eagle collection in the late 1990s. Most of the decade was characterized by stable demand, but the late 1990s saw the proof series drop as gold prices fell and demand went down along with prices. The 1997 1/2 oz Proof American Gold Eagle is currently available to you for purchase online from JM Bullion with a perfect certification.

The 1997 1/2 oz Proof American Gold Eagle remains one of the lowest struck coins in the series to date. All of the 1997 coins fell as the series followed a downward trajectory through 1999. Although Proof Gold Eagles would rebound slightly in the early 2000s, the mintage figures for all four coins wouldnt reach their highs from the early 1990s until the 20th-anniversary issue in 2006.

Among the lowest mintage figures for the 1/2 oz Proof American Gold Eagle, the 1997 coin has one of the 10 lowest. Only the coins from the 2010s have lower figures each year, and the 1997 issue had the lowest mintage of any release year from 1987 to date.

On the obverse of the 1997 1/2 oz Proof American Gold Eagle, youll find the effigy of Liberty. This beautiful design of Lady Liberty strikes a strong, confident depiction of the nations leading symbol of freedom. Liberty walks toward you as you view the coin holding a torch high in her right hand and an olive branch in her left hand.

The reverse of the 1997 1/2 oz Proof Gold Eagle depicts the image of Miley Busiek. She created this design in 1986 for the Gold Eagle collection, and it features the image of a male eagle flying over the family nest as a female keeps a careful watch over the hatchlings within.

All of 1997 1/2 oz Proof American Gold Eagles in this listing earned perfect PF70 certifications from the NGC. Coins in this condition have full, original mint luster and no detracting flaws. The UCAM label indicates the coins strong, frosted designs and deeply-mirrored, clear backgrounds.