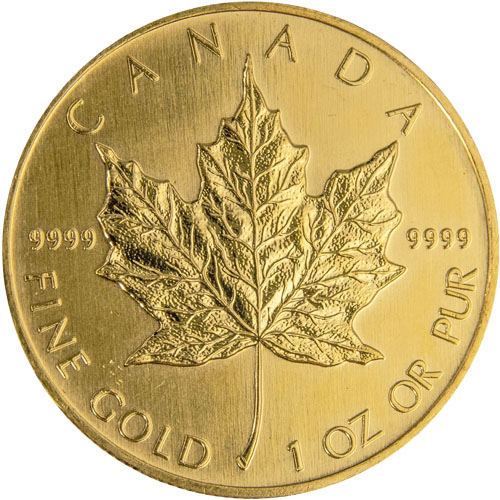 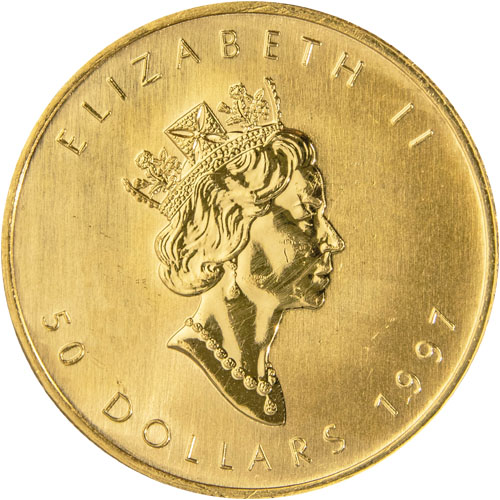 In the late 1990s, the Canadian Gold Maple Leaf experienced growing demand as concerns over the impact of Y2K on economies and markets around the world increased. The uncertainty over the fallout of the switchover in computer systems starting in 2000 rattled markets and increased demand for safe-haven metals. The 1997 Gold Maple Leaf was one of the first to experience a boost in demand after lackluster sales throughout much of the 1990s. Today, 1997 1 oz Canadian Gold Maple Leaf Coins are available to you online at JM Bullion.

Although the Gold Maple Leaf started off the 1990s with strong demand, selling just over 815,000 coins in 1990, demand would plummet from that point onward throughout the decade. In fact, that first year would remain the highest mintage between 1999 and 2000, with most years selling significantly lower volumes of coins.

All of these 1997 1 oz Canadian Gold Maple Leaf Coins are available to you inside protective plastic flips. The 19th overall issue of the 1 oz Gold Maple Leaf, this release had a mintage of 478,211 coins. This mintage marked a nearly three-fold increase over the 1996 coin, the lowest minted date in the 1990s, and would be the first in a three-year upturn in demand through 1999.

On the obverse of 1997 Canadian Gold Maple Leaf Coins, you will find an effigy of Queen Elizabeth II. This design of Her Majesty offers a right-profile depiction of the Queen wearing the George IV State Diadem Crown. This was the first portrait created by a Canadian artist, with Dora de Pedery-Hunt finishing the design for the Royal Canadian Mint in 1990.

The reverse side of the 1997 1 oz Gold Maple Leaf features the national emblem, a sugar maple leaf. This detailed, large image of the maple leaf was created for this series in 1979 by Walter Ott and it has been used on all gold, silver, platinum, and palladium coins in the series.

Please contact JM Bullion if you have any questions about these coins. You can call us at 800-276-6508, chat with us live online, or email us directly.