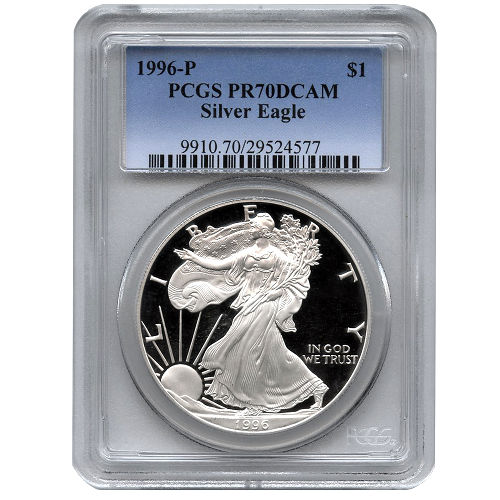 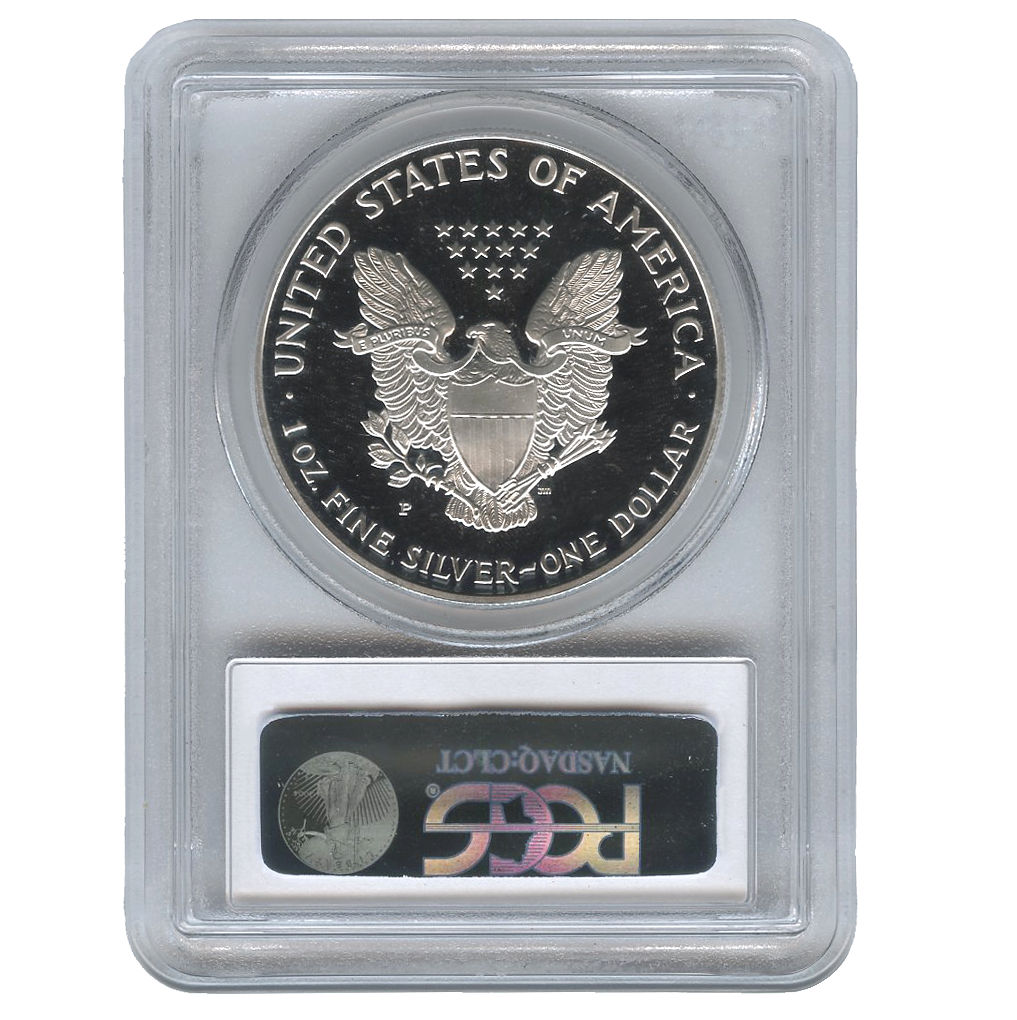 In 1996, the United States Mint celebrated the 10th Anniversary of the American Eagle coin program. Originally introduced in 1986, the coin series was actually experiencing all-time lows in demand and mintage in the mid 1990s. Right now, the 1996-P Proof American Silver Eagle is available from JM Bullion.

Each of the 1996 Proof American Silver Eagle coins in this product listing from JM Bullion features a PR70 grade from the PCGS. Coins in this condition exhibit full, original mint luster and contain no detracting flaws of any kind.

Coins with a Deep-cameo designation have a unique visual appeal. The design set has a strong, frosted finish while the background field is deeply mirrored and clear. This contrast helps create a sense of the design floating over the coin’s surface.

On the obverse face of the coin is an image not used by the US Mint for 39 years prior to the introduction of the Silver Eagle. Adolph A. Weinman’s Walking Liberty design emerged on the Walking Liberty Half Dollar in 1916, and continued as the design set for that coin through 1947.

The reverse face of the coin features the heraldic eagle design. First used by the US Mint as early as 1794, this depiction was modernized by John Mercanti in 1986 for use on these coins. Mercanti served as Chief Engraver of the US Mint from 1986 until his retirement in 2010.

Please feel free to reach out to JM Bullion with any questions you might have about these coins. You can reach us on the phone at 800-276-6508, connect with us online using our live chat, or send us an email.