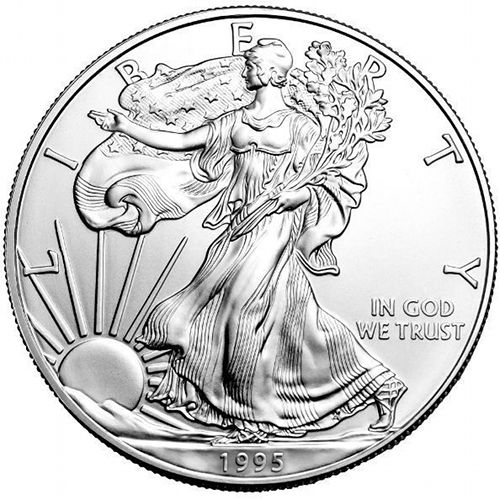 The 10th issue of the American Silver Eagle was marked by the special striking of a one-time additional proof in the American Eagle series. Although all proof coins were struck at the Philadelphia Mint, a special West Point Mint proof was struck in 1995 as well.

On the obverse of the American Silver Eagle coin is the image of Walking Liberty from Adolph A. Weinman. The reverse features the heraldic eagle of the United States, which was refined and modernized in 1986 by then-US Mint Chief Engraver John Mercanti.

If you have any questions regarding the 1995 American Silver Eagle coin or any of our other silver bullion coins, please don’t hesitate to ask. You can reach a JM Bullion associate on the phone at 800-276-6508, online using our live web chat feature, or by sending us your questions in an email.