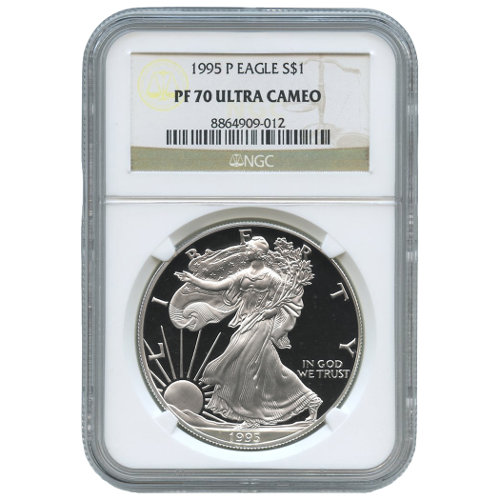 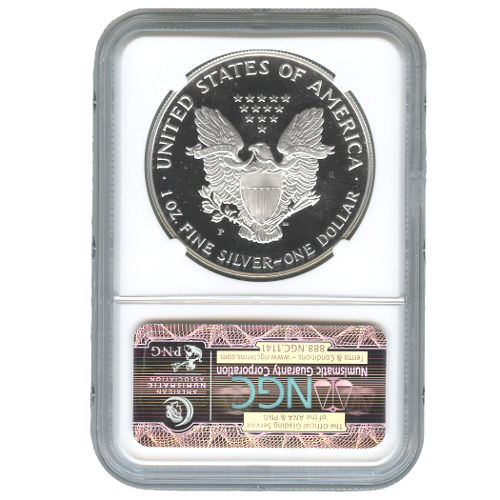 The 1995-P Proof American Silver Eagle available today from JM Bullion is considered a perfect specimen with a PF70 grade from the NGC. Coins of this type still have their full, original mint luster, as well as a complete lack of detracting flaws.

Proof coins with an exceptional finish earn the Ultra-cameo designation. UCAM is used on coins with a strong, frosted finish on the design set and a deeply-mirrored, clear background field.

You can reach out to a JM Bullion associate if you have any questions. Our associates are available on the phone at 800-276-6508, online using our live web chat, and via our email address.