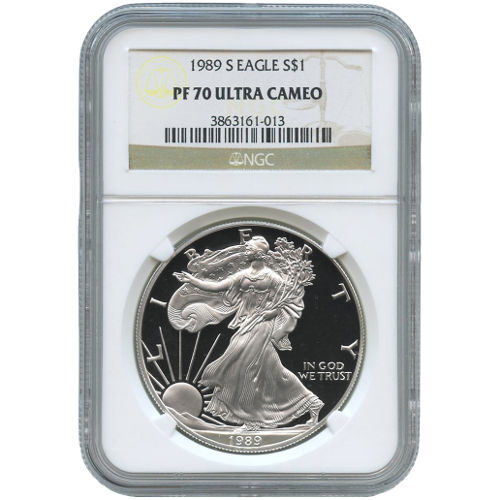 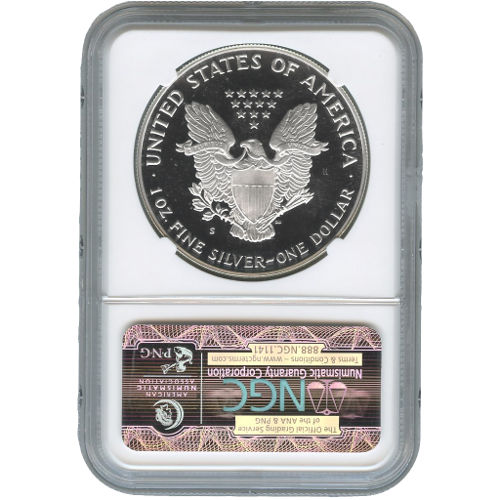 Early in the history of the American Silver Eagle program, the coins were not nearly as popular as they are today. While the US Mint is currently in the midst of record demand, the 1980s was a time of lower demand. The 1989-S Proof American Silver Eagle coin is available at this time from JM Bullion with a perfect certification.

The year 1989 introduced the first of three years of increased mintage for the American Silver Eagle. After initial popularity, mintage fell for the coins in 1988, but quickly rebounded in 1989 and started on a run of three years of consecutive increases.

Proof American Silver Eagle mintage of 617,000 coins in 1989 ranks as one of the highest totals for a single year in Silver Eagle history. After 1990, the Mint wouldn’t see proof demand this high again until the 2000s.

Each of the 1989-S Proof American Silver Eagle coins in this listing has a grade of PF70 from the NGC. Coins in this condition show full, original mint luster and lack any detracting flaws of any kind.

Ultra-cameo is a designation reserved for coins with strong, frosted finishes on the design set, and deeply-mirrored, clear background fields. The UCAM finish gives the impression of a design set floating above the background field.

If you have any questions, don’t hesitate to ask. You can reach JM Bullion associates on the phone at 800-276-6508, connect with us online using our live chat feature, or via our email address.