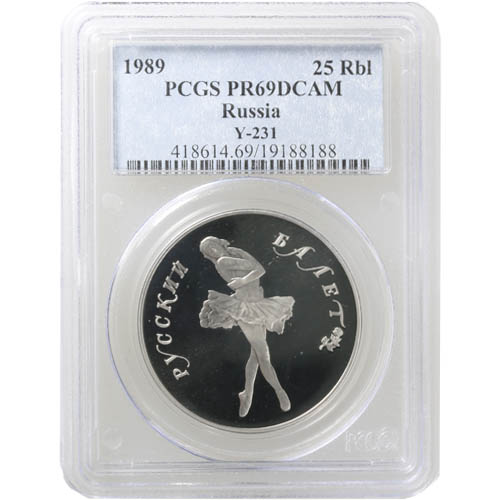 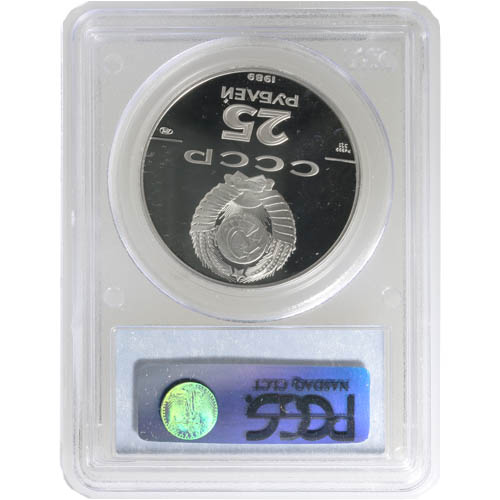 Introduced in 1989, the Russian Palladium Ballerina coin was unique in its crossover at the Moscow Mint from the Soviet Union era to that of the reborn Russian Federation. The coins had new images of a ballerina on the obverse each year, providing a sense of collectibility to the broader series. Right now, 1989 1 oz Proof Russian Palladium Ballerina Coins are available to purchase online from JM Bullion in near-perfect condition.

Each 1989 1 oz Proof Russian Palladium Ballerina Coin in this product listing comes to you with a PR69 certification from the PCGS. Coins in this condition are considered near-perfect and exhibit full, original mint luster with a maximum of two minor detracting flaws. Examples of acceptable flaws at this level include minuscule contact marks or hairlines.

Included with these coins is a DCAM label. Known as deep-cameo, this term refers to the visual brilliance of the coins. Each one has strong, frosted design elements with deeply-mirrored, clear background fields.