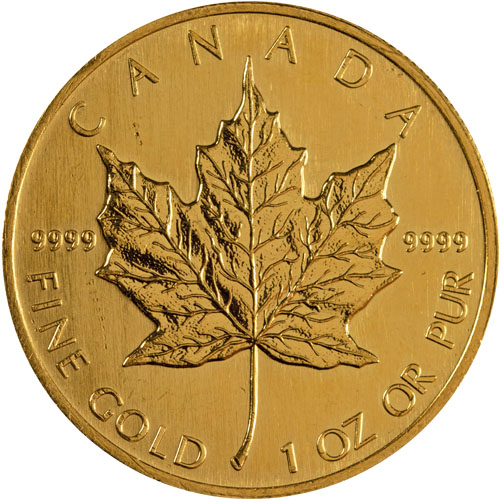 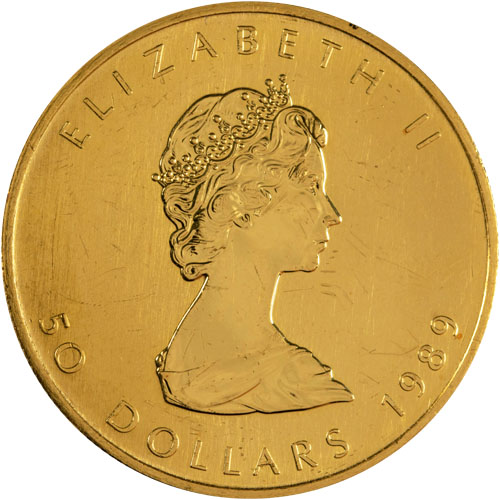 This exquisite 1 oz Canadian Gold Maple Leaf coin, minted in 99.99% pure gold, is the official gold bullion coin of Canada. Its purity and weight are guaranteed by the Canadian Government. The smooth fields and sharply milled edges make it popular among collectors and investors. It’s the product of one of the most highly regarded mints, the Royal Canadian Mint, which produces over a billion coins each year. JM Bullion currently has the 1989 1 oz Canadian Gold Maple Leaf Coin available for purchase online.

The Royal Canadian Mint produces all of Canada’s circulation coins. It was founded in Ottawa in 1908. At least partially due to the overwhelming popularity of the Maple Leaf coins, the RCM opened a second production facility in Winnipeg in the 1980s to bolster its production capacity.

Have any questions? Please contact our JM Bullion Customer Service team and we will be happy to assist you. We can be reached via phone at 800-276-6508, online using our live chat, or via email.