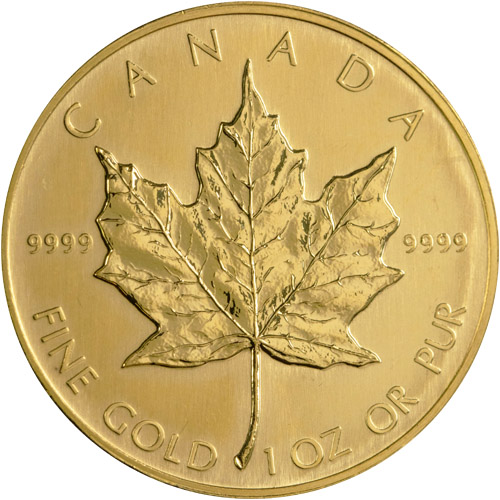 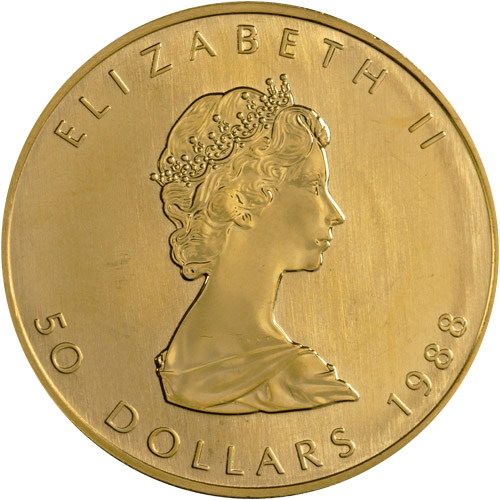 As one of the most highly regarded mints, the Royal Canadian Mint produces over a billion coins each year. One of those coins is the 99.99% pure gold 1 oz Canadian Gold Maple Leaf. This exquisite coin is the official gold bullion coin of Canada, with its purity and weight guaranteed by the Canadian Government. Its sharp milled edges and smooth fields make it popular among investors and collectors alike. Right now, JM Bullion has the 1988 1 oz Canadian Gold Maple Leaf Coin available for purchase online.

While initially available in only the 1 oz denomination, through the years, the RCM has added additional weights to the Canadian Gold Maple Leaf collection. In 1988, the Gold Maple Leaf was available in 4 different weights – 1 oz, 1/2 oz, 1/4 oz, and 1/10 oz. Two additional weights were added in subsequent years. The 1 oz denomination has been the most famous and best-selling size. Each Gold Maple Leaf coin has its face value stated in Canadian Dollars and is considered to be legal tender.

The reverse of the 1988 Canadian Gold Maple Leaf coin highlights Canada’s Maple Leaf. It is a symbol of pride and nationalism for Canadians. Master engraver Walter Ott created the Maple Leaf design in 1979 and his design has remained almost unchanged since its initial introduction. His design has been used on all versions of Canadian Maple Leaf coins.

Founded in Ottawa in 1908, the Royal Canadian Mint produces all of Canada’s circulation coins as well as some circulation coins of other nations. Needing to boost its production capacity in the 1980s, the RCM opened a second facility in Winnipeg.

If you have questions about gold for sale, our JM Bullion Customer Service team will be happy to assist you. We can be reached via phone at 800-276-6508, online using our live chat, or via email.