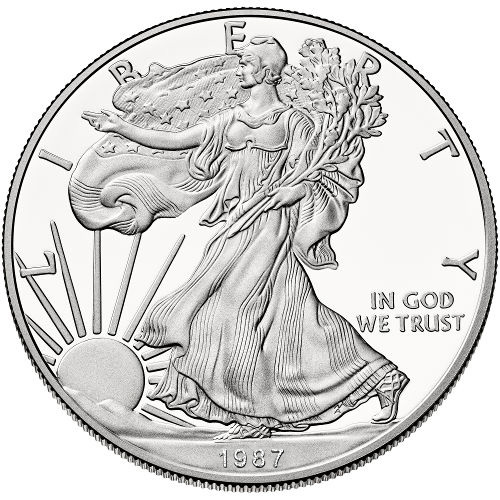 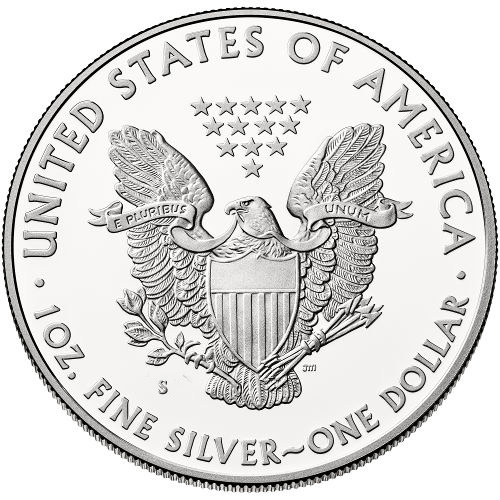 One year into production of the coin that would become the world’s most popular, and the United States Mint experienced a dramatic shift in demand for the American Silver Eagle coin. Part of the larger American Eagle coin program that included the American Gold Eagle, these 1987-S Proof American Silver Eagles are from the second production year, and available to you today through JM Bullion in a commemorative box with CoA.

American Silver Eagle coins were produced just one year earlier in 1986 for the very first time, and its total mintage of some 6.8 million coins was divided among 5.3 million bullion versions and 1.4 million proof specimens.

However, 1987 saw a significant increase in the demand for the investor’s version of the coin. Bullion production jumped from 5.3 million to 11.4 million in 1987, while these Proof American Silver Eagle coins saw production diminish from 1.4 million down to 904,732. Though it represented a significant drop, it is still the third highest proof mintage figure behind 1986 and 2006, respectively.

On the obverse side of every Proof American Silver Eagle coin is the image of Walking Liberty. Created in 1916 by Adolph A. Weinman, this image is considered one of the greatest to ever feature on an American coin. It was originally on the Walking Liberty Half Dollar from 1916 to 1947.

Former-US Mint Chief Engraver John Mercanti updated the nation’s heraldic eagle image in 1986 for use on the American Silver Eagle. He added the 13 stars located over the eagle’s head, representing the original colonies, and modernized the overall look of a design that first appeared on American coinages as far back as 1794.

All Proof American Silver Eagle coins were struck by the San Francisco Mint in 1987, while bullion coins were produced at the Philadelphia Mint.

If you have any questions, we encourage you to ask a JM Bullion associate. We’re available on the phone at 800-276-6508, online using our live chat, and via email.