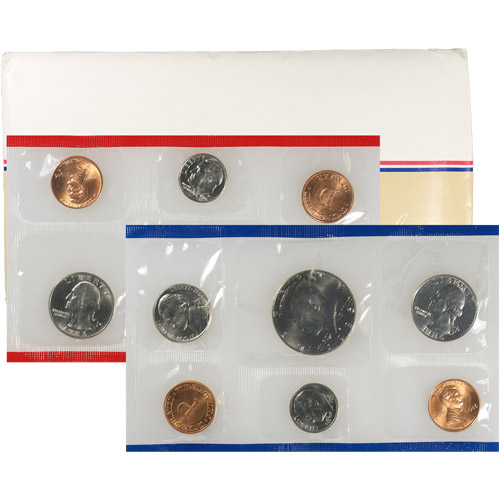 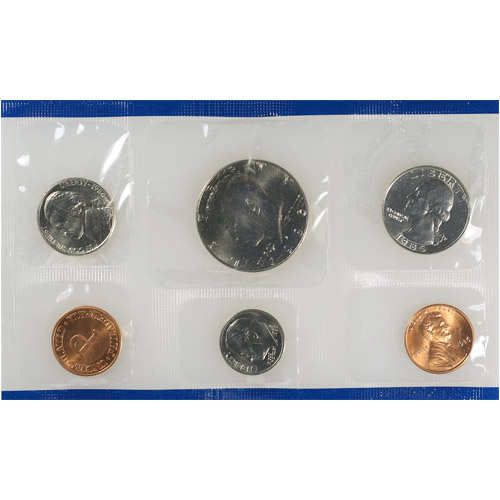 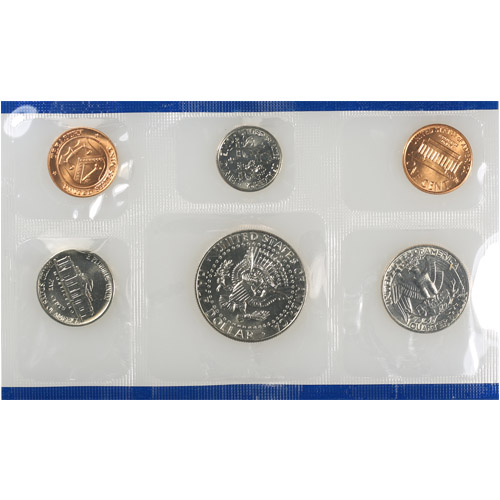 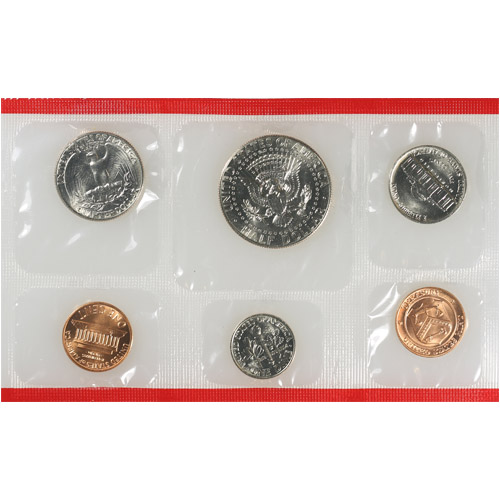 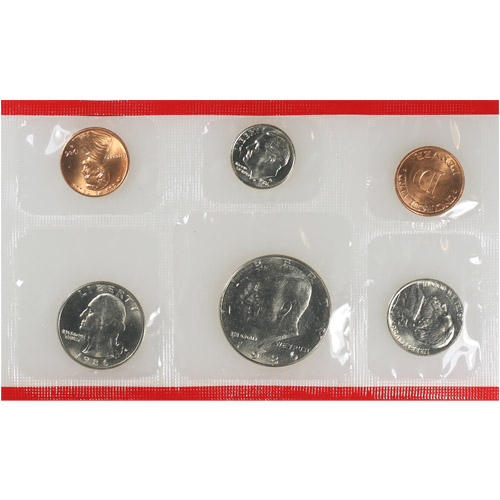 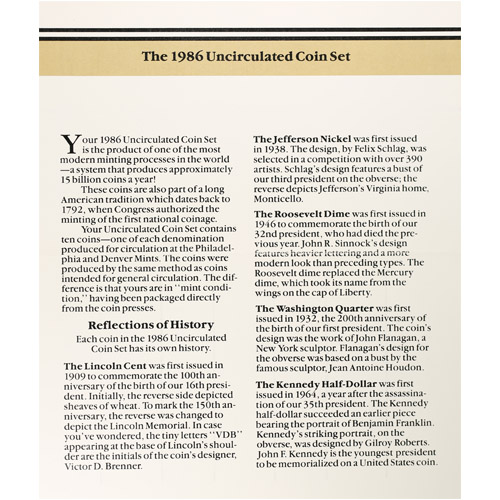 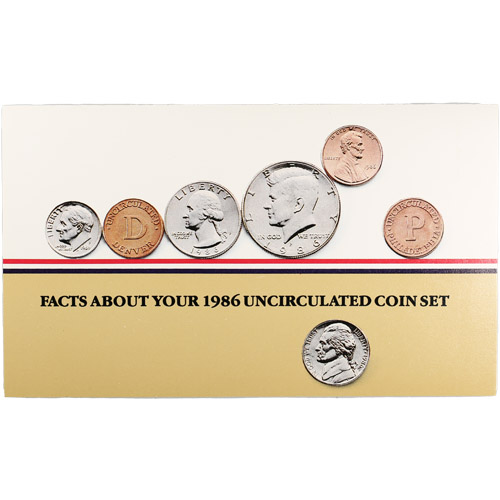 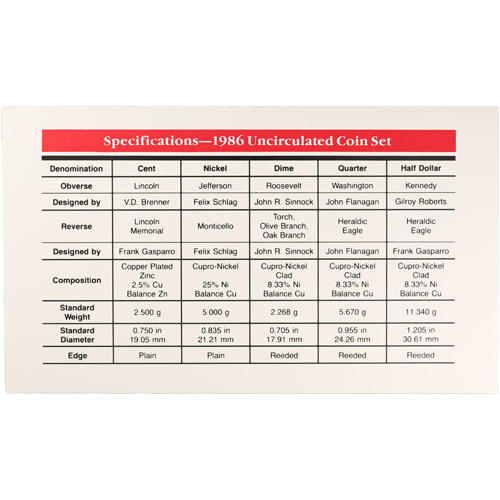 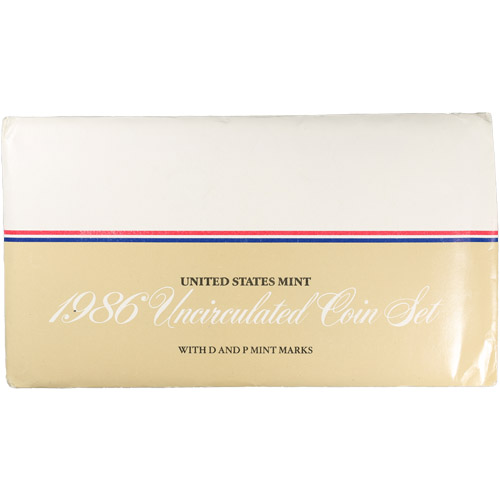 The official 1986 Mint Set contains uncirculated specimens of each of the coins used in circulation in 1986. They come in official government packaging and are in brilliant uncirculated condition. Since they are issued by the government, their quality and authenticity are guaranteed. The Mint Sets are typically more affordable than Proof Sets of the same year because the US Mint produces them using base metals. As a result, they are ideal for both existing and new collectors. The 1986 Mint Set contains 10 coins. Currently, JM Bullion has these 1986 US Mint Sets available for purchase.

The Mint Set contains 10 coins separated into 2 packages. The first package has 5 coins from the Denver Mint and the second package has coins from the Philadelphia Mint. Each of these packages consists of one each of the Lincoln Cent, Jefferson Nickel, Roosevelt Dime, Washington Quarter, and Kennedy Half Dollar. Also included in each package is a cent-sized token indicating which Mint produced the coins in that specific package.

Unlike some of the Mint Sets from the surrounding years, the 1986 Mint Set is often sold at a premium over the original issue price, which was $7.00. This is due to the significantly lower sales volume for this set. The mintage of 1,153,536 Mint Sets for 1986 was the fewest in over 20 years.

The obverse of the Roosevelt Dime features the left profile of Franklin D. Roosevelt. President Roosevelt died in 1945. Since he had helped found and strongly supported the work of the March of Dimes, creating the Roosevelt Dime seemed an obvious way to honor him. On May 17, 1945, the Treasury Secretary announced that the Mercury Dime would be replaced by the Roosevelt Dime.

Chief Engraver John R. Sinnock created the design for both the obverse and the reverse of the Roosevelt Dime.

Have questions? Please contact our JM Bullion Customer Service team, we will gladly assist you. We can be reached via phone at 800-276-6508, via online live chat, or via email.