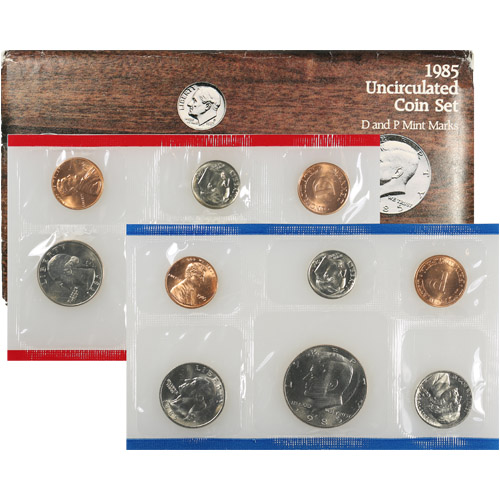 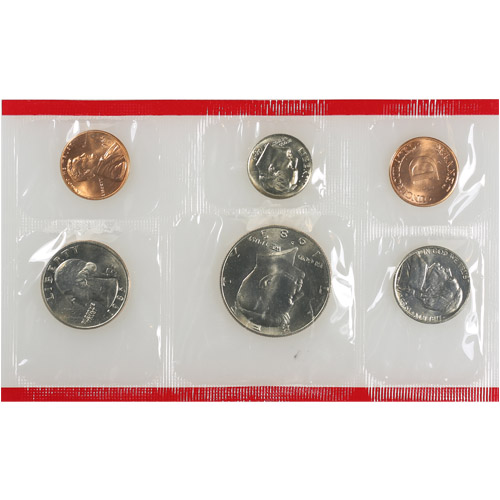 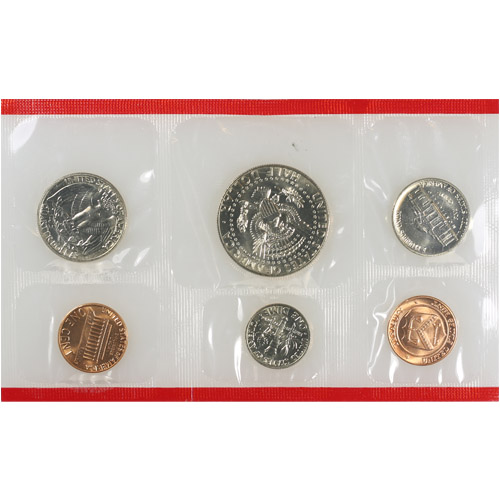 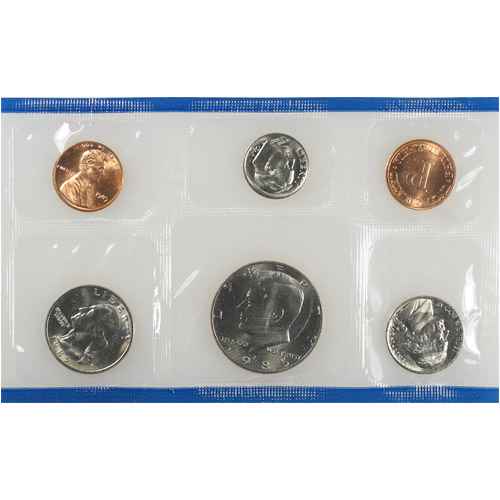 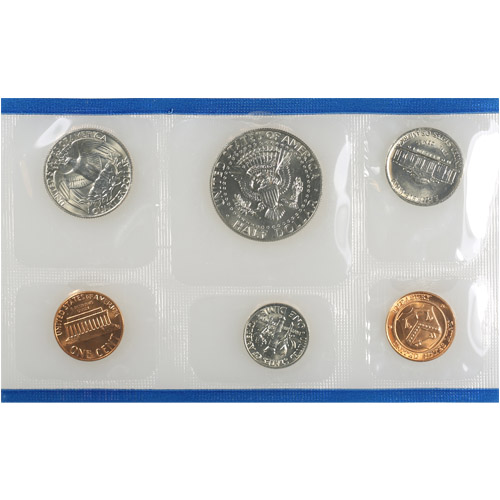 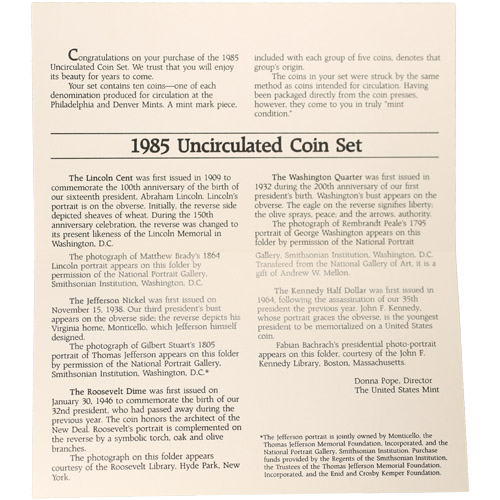 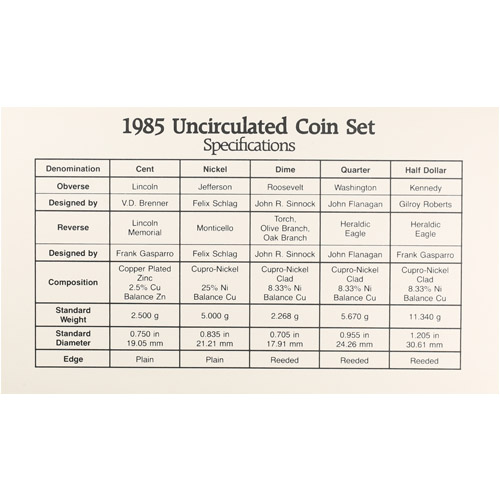 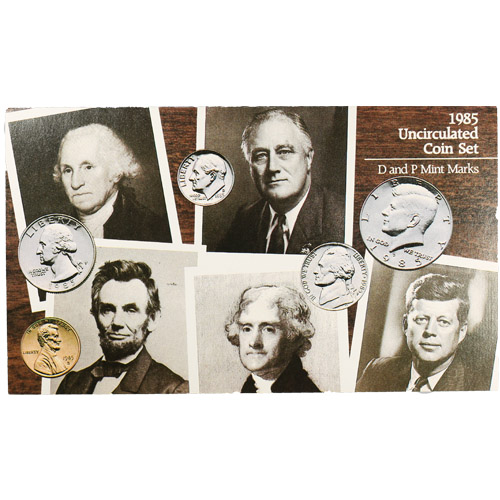 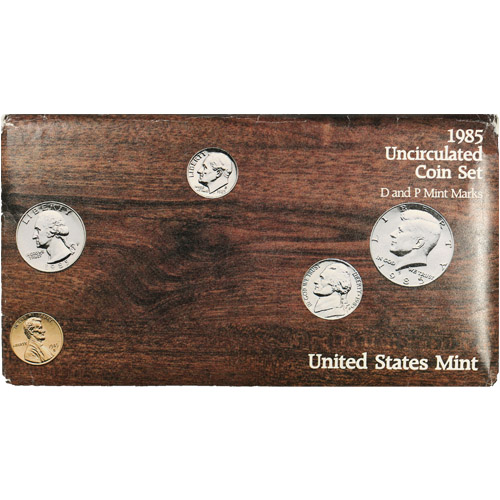 These official Mint Sets contain uncirculated specimens of each of the coins used in circulation in the particular year. The coins are in brilliant uncirculated condition and are issued in official government packaging. And since they are issued by the government, their quality and authenticity are beyond reproach. The 1985 Mint Set contains 10 coins plus 2 tokens. Right now, JM Bullion has these 1985 US Mint Sets available for purchase.

After not being issued in either 1982 or 1983, the US Mint redesigned the packaging of the Mint Sets. Thus, when issued again in 1984, the 2 cellophane packages were placed in colorful, rather than plain, envelopes and the Mint was changing the outer envelope design each year. When sales of the Mint Sets resumed in 1984, they suffered a significant decrease from 1981 sales, falling to 1,832,857 sets in 1984. Sales dropped off a bit further in 1985, down to 1,710,571 sets.

The Mint Sets contain 10 coins within 2 packages. One package of 5 coins is from the Denver Mint and the other package of 5 coins is from the Philadelphia Mint. Each package contains one each of the Lincoln Cent, Jefferson Nickel, Roosevelt Dime, Washington Quarter, and Kennedy Half Dollar, as well as a cent-sized token indicating which Mint produced the coins in that particular package.

The Jefferson Nickel obverse portrays a left-facing bust of President Thomas Jefferson, including his colonial-era pigtail. The bust takes up the majority of the obverse, as it is so large, thus leaving very little room for the various inscriptions.

The Jefferson Nickel reverse portrays a frontal view of Jefferson’s mansion, Monticello, near Charlottesville, Virginia. The Monticello was built over a period of 40 years, and was designed by Jefferson himself, as he had a passion for architecture.

Both the obverse and the reverse of the Jefferson Nickel were designed by German-born American sculptor Felix Schlag. In 1938, an open competition was held for the new nickel design, with the winner to receive $1,000. The judges reviewed 390 entries before deciding upon Schlag’s design.

If you have any questions, our JM Bullion Customer Service team will gladly assist you. We can be reached via phone at 800-276-6508, via online live chat, or via email.