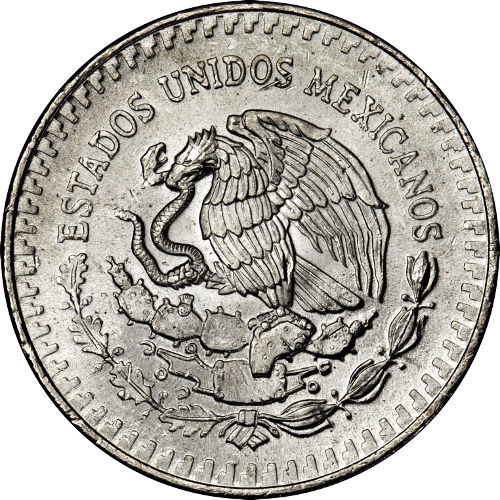 The official silver bullion coin of the nation of Mexico is the Libertad. Using designs that first appeared on Mexican coins during the nations centennial celebration of its independence from Spain, the Libertad coin was first struck in 1982 by the Mexican Mint. Right now, you can purchase a 1982 1 oz Mexican Silver Libertad Coin from JM Bullion.

Mexican Silver Libertad coins were introduced for the first time in 1982 with a limited selection and a design that is different from the modern coin. When the Silver Libertad was unveiled, it was only available in a 1 oz bullion version. A proof coin was first struck in 1983, with annual minting beginning in 1986.

All Mexican Silver Libertad coins bear imagery first used on the gold Centenario coin from the 1920s to the 1950s. Those design features, including Winged Victory and the nations prominent twin volcanoes, were inspired by the nations centennial celebration of the start of its War of Independence.

On the obverse side of the coin is the front-facing image of Winged Victory. The angel of independence was a key figure for the Mexican people during the War of Independence, and a statue of her likeness was erected in Mexico City in the 1920s. The background features the twin volcanic peaks of Popocatepetl and Iztaccihuatl.

The reverse side features a large depiction of the coat of arms for Mexico. In the image, a bald eagle is shown atop a cactus perch as it battles a serpent. The official seal of the nation is surrounded by a wreath on the bottom, and the phrase Estados Unidos Mexicanos on top, which translates as United Mexican States.

Founded in 1535 by Spanish conquistadors looking to export Mexicos wealth back to Europe, the Mexican Mint is the oldest operating facility in the Western Hemisphere. The coins in this product listing are unique as they come from the very first year of production for the Mexican Silver Libertad.

If you have questions about the products in this listing, feel free to contact a JM Bullion associate at 800-276-6508. Were also available online via web chat and email. If you are interested in similar products, be sure to check out our full selection of Mexican Silver Libertads.