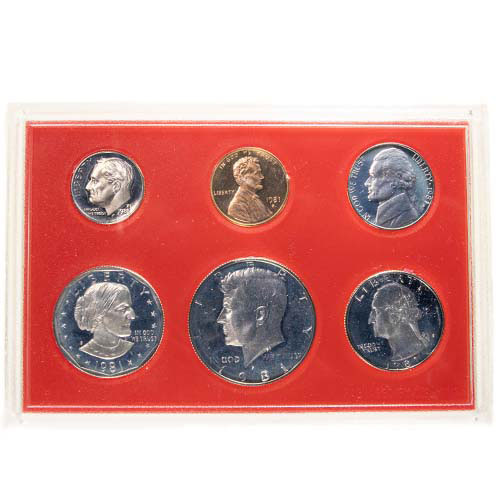 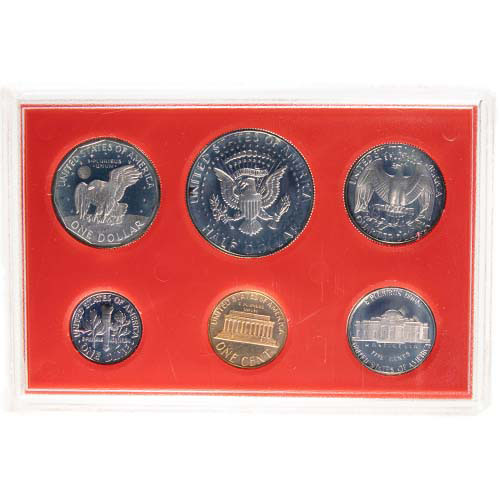 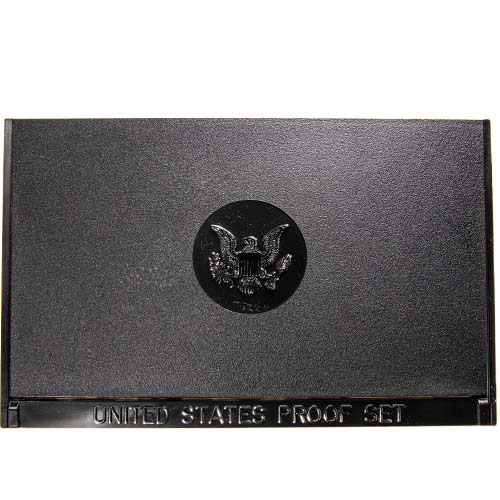 The 1981 US Mint Proof Set includes the final year of the Susan B. Anthony Dollar. The Anthony Dollar was unpopular in circulation, thus, in 1981, the Mint produced it only for issue in Proof Sets and Mint Sets. The Mint sold 4,063,083 of the 1981 Proof Sets, which is second only to the 1976 Bicentennial Proof Set in sales. This was the last year of 6 coins in Proof Sets until 1999. The price of the Proof Set increased from $10.00 to $11.00 in 1981. All coins in the Set were intended to have a cameo or deep cameo finish. This Set was made by the US Mint in San Francisco. Right now, JM Bullion has these 1981 US Mint Proof Sets available for purchase.

Each Proof Set includes one each of the Lincoln Cent, Jefferson Nickel, Roosevelt Dime, Washington Quarter, Kennedy Half Dollar, and Susan B. Anthony Dollar.

The Anthony Dollar was made by the US Mint for only 4 years (1979 – 1981, and 1999). It was hoped that it would replace the paper dollar in circulation and thus save money, following the assumption that coins last much longer than paper dollars. However, the coin was very unpopular with the public. When the Anthony Dollar made its 1 year reappearance in 1999, it was not included in Proof Sets.

The 1981 Proof Set coins have 2 distinctly different mint marks, known as Type 1 and Type 2. The Type 1, or Round Top variety, is a worn version of the 1979 Type 2 variety. The Type 2, or Flat Top S variety, is a more clearly defined mint mark. The Type 2 Lincoln Cent and Anthony Dollar have the largest premiums.

The packaging for the 1981 Proof Sets utilized the down-sized packaging from 1980. The coins were placed in individual slots in a red plastic insert, which was sealed in a clear plastic case. A black plastic sleeve – which could serve as a stand – slid over the clear plastic case. And the outer cardboard box had a single opening at the top to slide the main holder into.

Have questions, our JM Bullion Customer Service team will gladly answer them. We can be reached via phone at 800-276-6508, via online live chat, or via email.