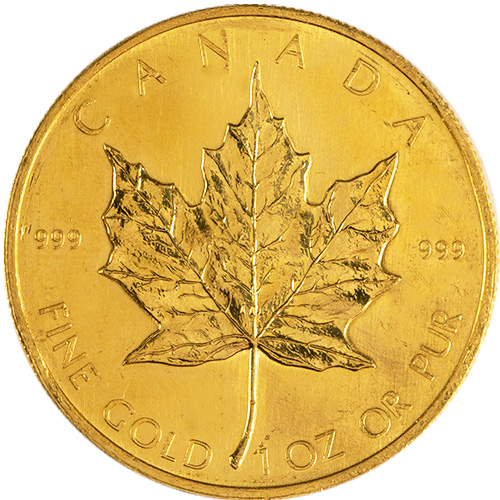 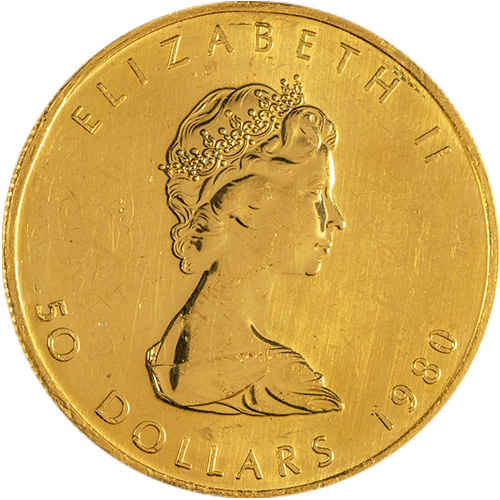 The 1980 Canadian Gold Maple Leaf coin has an obverse that features the right-facing profile of Queen Elizabeth II. This profile reflects Her Majesty at 39 years of age. Upon her ascension to the throne of the United Kingdom in 1952, the obverse of all Canadian coinage has displayed various age-appropriate profiles of Her Majesty.

The 1980 Canadian Gold Maple Leaf coin has a reverse that features the beloved Maple Leaf. Designed by master engraver Walter Ott, this particular Maple Leaf was created for the RCM in 1979, to be used for all versions of the Canadian Maple Leaf coins. As the unofficial emblem of Canada, the Maple Leaf is a symbol of pride and nationalism for Canadians.

The Royal Canadian Mint was originally founded in Ottawa in 1908. To boost production capacity, a second facility was opened in Winnipeg in the 1980s. The RCM produces all of Canada’s circulation coins as well as manufactures the circulation coins of other nations.

Our JM Bullion Customer Service team will be happy to assist you with any questions you may have when buying gold. We can be reached via phone at 800-276-6508, online using our live chat, or via email.