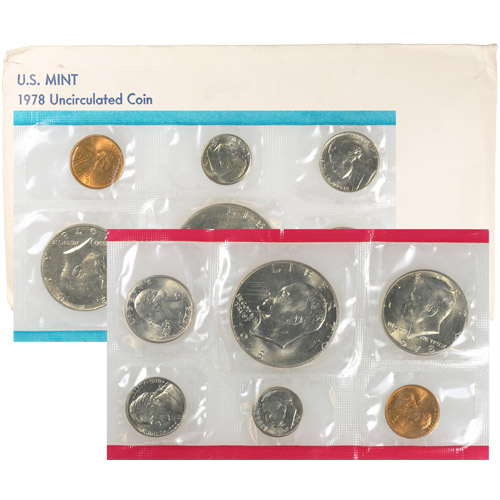 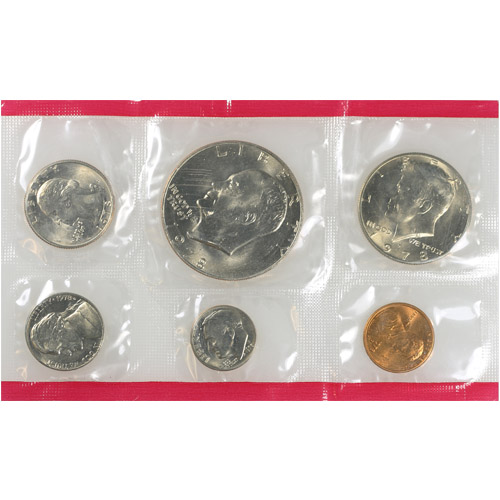 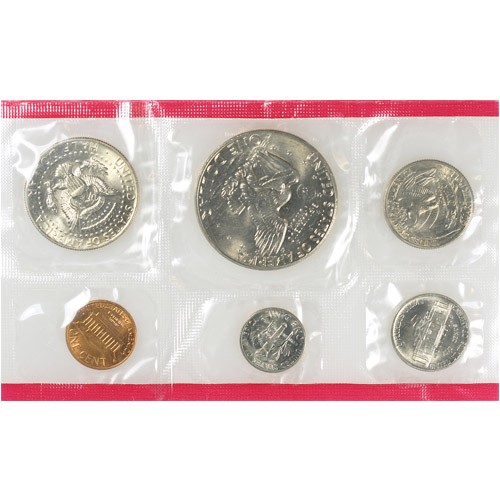 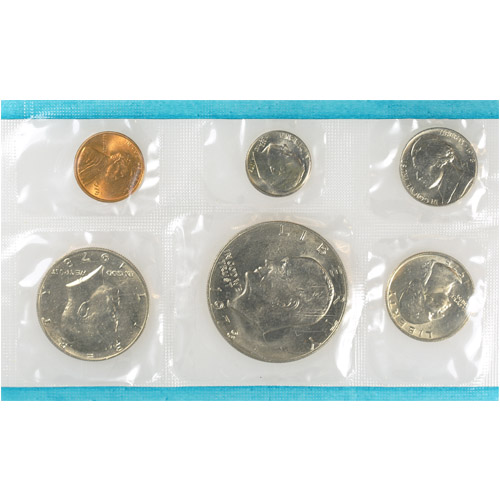 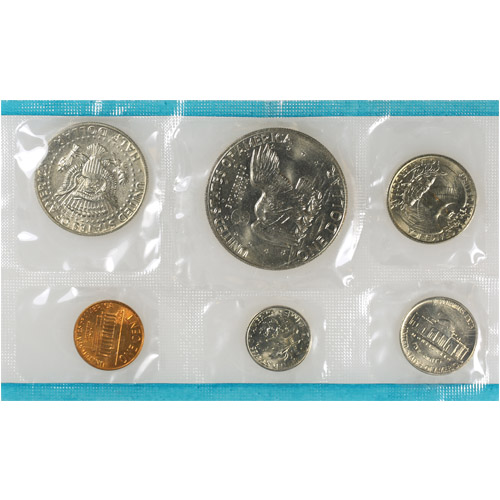 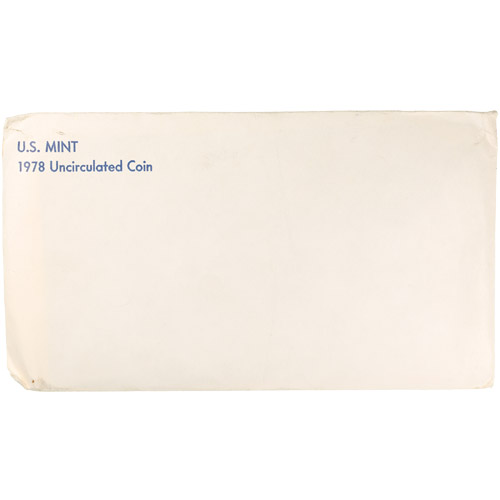 US Mint Sets continue to offer coins in brilliant uncirculated condition to collectors. The uncirculated coins in these Sets represent the coins that are actually in circulation during the specific year. These Mint Set coins are struck in 2 different Mints, and as such, are packaged in 2 separate sealed cellophane packages. Sales of Mint Sets experienced a peak in 1972, followed by an almost 1 million drop in sales in 1973. However, since that time, sales of Mint Sets have been experiencing gradual increases each year. Sales did reach 2,162,609 sets in 1978. Right now, JM Bullion has these 1978 US Mint Sets available for purchase.

The 1978 Mint Sets continue to include 12 uncirculated coins, separated into 2 packages. The package from the Denver Mint, which is bordered in red, contains 6 coins. The package from the Philadelphia Mint, which is bordered in blue, also contains 6 coins. One each of the Lincoln Cent, Jefferson Nickel, Roosevelt Dime, Washington Quarter, Kennedy Half Dollar, and Eisenhower Dollar are included in each package. This is the last year that the Eisenhower Dollar is included in the Set.

Both the obverse and the reverse of the Eisenhower Dollar included in this Set were designed by Frank Gasparro, the tenth Chief Engraver of the US Mint. The particular designs allow the dollar to be commemorative of both Eisenhower and the Moon mission.

Introduced in 1971, the obverse of the Eisenhower Dollar features a left-facing profile of Dwight D. Eisenhower. In 1945, Gasparro had been at a parade in New York, celebrating the Allied victory in Europe. General Eisenhower was in the parade and Gasparro took the opportunity to sketch the General’s features. A combination of this sketch, and roughly 30 pictures of the former President that Gasparro studied, were the basis for this design.

The reverse of the Eisenhower Dollar is a tribute to the Apollo 11 mission. This was deemed appropriate since the space program began during Eisenhower’s administration. It features a bald eagle landing on the moon’s surface, carrying an olive branch. A depiction of the Earth is in the distant background.

Should you have any questions, the JM Bullion Customer Service team will gladly assist you. We can be reached via phone at 800-276-6508, via online live chat, or via email.