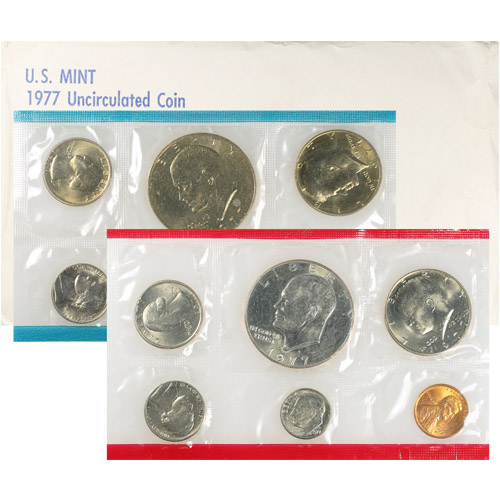 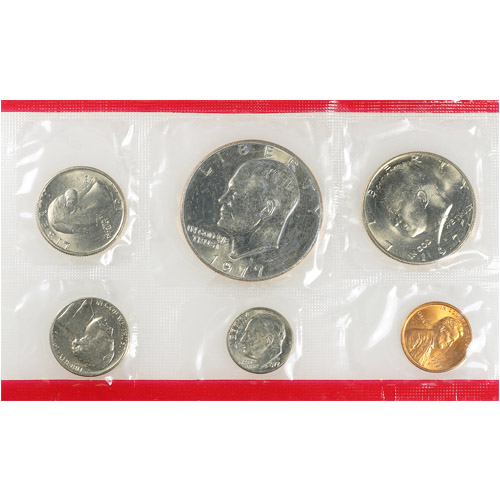 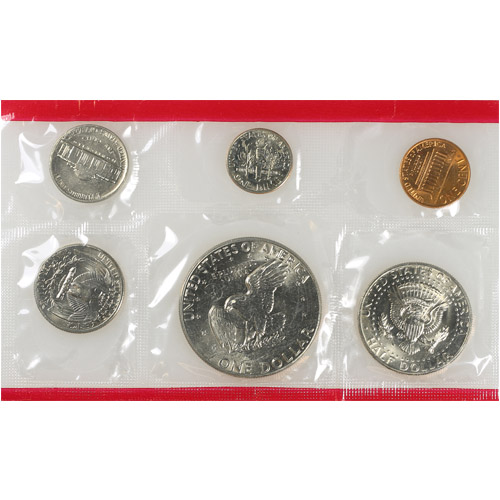 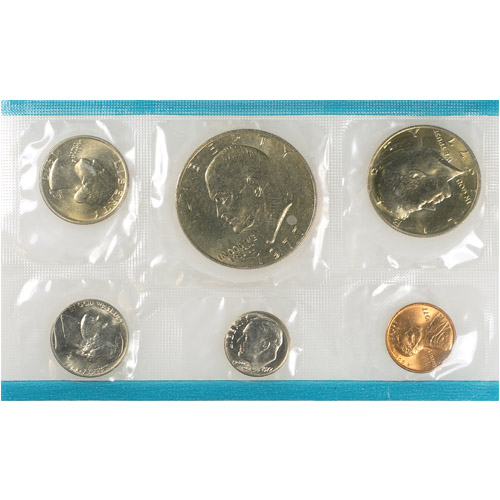 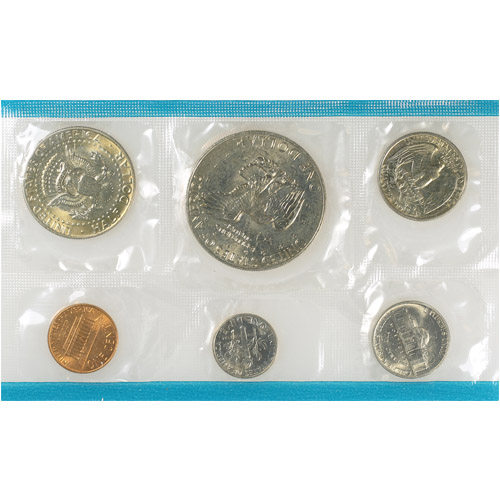 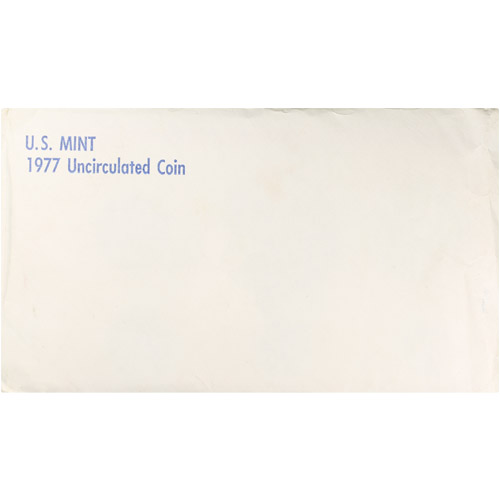 Following the Bicentennial, the Mint Sets reverted to being their usual Sets of coins in brilliant uncirculated condition, each representing the coins used in circulation in 1977. Since the coins are struck in 2 different Mints, each Mint’s coins are packaged in their own sealed cellophane packaging. The 1977 Mint Set did manage to increase sales over the 1976 Sets, even with a price increase. These Sets are available for collectors today. JM Bullion currently has these 1977 US Mint Sets available for purchase.

With the Bicentennial over, the Sets resumed their original reverse designs on all of the coins. Sales of 1977 Mint Sets increased slightly over 1976, rising to 2,006,869 sets. This sales increase was accomplished in spite of an increase in the original issue price of the Sets, from $6.00 to $7.00.

These Mint Sets include 12 uncirculated coins, separated into 2 packages. The one package containing 6 coins from the Denver Mint is bordered in red. The second package containing 6 coins from the Philadelphia Mint is bordered in blue. Each of these packages includes one each of the Lincoln Cent, Jefferson Nickel, Roosevelt Dime, Washington Quarter, Kennedy Half Dollar, and Eisenhower Dollar.

The obverse of the Kennedy Half Dollar features the left profile of the 35th President of the United States, John F. Kennedy. This design was created by Chief Engraver Gilroy Roberts. After President Kennedy’s assassination, it had been decided that he was to appear on one of the larger silver coins – either the silver dollar, half dollar, or quarter. It was the President’s widow, Jacqueline Kennedy, who expressed the preference that President Kennedy be depicted on the half dollar, as she did not want to replace George Washington on the quarter.

Have questions? If so, please contact our JM Bullion Customer Service team, we will gladly assist you. We can be reached via phone at 800-276-6508, via online live chat, or via email.